A Few August Memories... by anahata.c ()

I have to step down now, which I regret...but life has gotten very heavy with my sister's cancer, and other matters. (My sister's doing ok, but the chemo is just knocking her over.) I caught up with lots of comments; and I leave you with some memories of August, which I haven't edited much and I hope it reads ok....Each year I try to greet the seasons with fresh memories; I hope you enjoy them.

Thanks for your wonderful visits and support, and I wish you all the best, as I know a number of you have struggled grandly, while others have held on through this trying time. I'll be viewing every day, and, when I come back, I'll look forward to sharing what I saw. Have a sweet, fresh August; with blessings and inspiration to you all! mark

(the image is fuller, large, if you want...just an impression of the mystical spirits of August...)

When I fell asleep as a child, I could hear the rustling of the forest next to our house; and I'd lean out my window and watch the trees sway in the wind as the moon settled in, painting the trees and their deep-shadows in gorgeous cool blue-whites. In summer, the grasses and blooms washed through the winds with their characteristic 'whooshing' sounds; and I imagined the creatures of night casting luminescent gazes, staring at me out of the forest, curious about who I was, why I was staring at them, and wondering if I were a threat. (I wanted to tell them that I wasn't.) I imagined them staring at me all night---long after I fell asleep---their piercing eyes fixed on me, as if they came out at night just for me.


In day, that little forest glistened with dappled light, dancing in the heavy shadows (cast by the trees). And all kinds of wildlife scurried through that forest, scratching up the branches and scuttling across the leaves that carpeted the forest floor. It was 'small' life, intimate life---ie, squirrels, raccoons, rabbits, chipmunks. (When we saw a deer, one day---a real, live, huge, graceful deer---it was as if heaven had opened up and delivered a massive revelation.) When I walked in that forest, I was amazed at how the branches made canopies like the pillars and arches of a great cathedral...and it was cool in there. That little forest was my private air-conditioned retreat.


July said---resolutely---"Summer has Arrived": It was the main event, the grand performance nature had prepared for, since March or April. It came, it blanketed everything in extreme heat and humidity, and it gushed its teeming presence everywhere: The whole land gushed with growth, tangling and twisting all over itself in a mad dance to get as much sun as it could. While July in the Midwest is about thunderstorms and terrifying tornados (a storm in the Midwest can make you think the world's coming to an end, and the split trees crashed all over roads and homes and yards along with downed telephone poles---a common sight---testified to that), the majority of July is about sun: hot, baking, bearing-down-on-you-like-a-heavy-tarp sun.


But August was a different world: It was the "golden" month, the diadem month: August wore a crown of deep golden yellows, as it slowly prepared for the coming grand pageant of fall. It was cooler but still hot: Hot, that is, but with intermittent cool strokes. And crickets were louder than ever---I never knew why---as they run their comb-edged wings against each other (that's how they make their sounds: like running your fingers over a comb), producing that strident, scratchy blast---to attract females. (Can you imagine standing on the corner as a teenager, rubbing your fingers over a comb---to attract lovers?) Well, I thought they only did that at night; but, in August, they did it in day too: It was a glorious symphony piercing through the canopy of a late August day, and seeming to lull you into meditation from its constant repeated mantras, so loud and so enveloping...

The fragrance was rich with flowers, as fall's pungent odor slowly seeped into the air, reminding you that August brings the first harbingers of the cold-to-come. (A fact you have to know: The upper Midwest is cold most of the year; so, when summer comes, it's a glorious break from the norm.) August felt like the "passing the baton" as it donned the gowns, for the first time, of an approaching finale; while, miraculously---and eerily---the winds stopped: The violent, explosive winds of July gave way to the still and sticky airs of August, where everything sits, the humidity crawls down your skin like a slithery beast; and you felt like summer was now in its long-awaited slumber...it could nap now, it could be lazy...

In August, I pictured the sun basting everything in a deep nature's butter, which---with heat---turned the world a golden brown. And it told everyone, "this is summer's last act: Everyone comes onstage now, everyone dances...so enjoy!" And I'd rest against the trees and bask in the forest as it resonated like a deep cavern, and the world seemed endless, impossibly lush, and without a care in sight...

Prayers for you and your sister, Mark! Grand images! 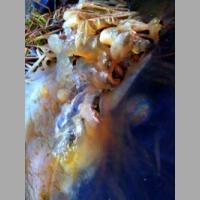 The experience have found rather until it changes (evolves).

Listening to the emotional thoughts; the personal wisdom that comes from a loved one fully engaged with their own soul is a masterful enlightenment as my own loved one said "turn the page, the third hand of the clock is running down". Rewind and fill the empty pages when your ready keep me in tune with your nature"

To evolve on the highest level. Friends family tribal connections await and you know we will join you when our time comes.

Close your eyes while this spirit opens her/ his wider. Your soon to have the answers you've questioned within. Whisper to me in nature so the comfort slows this river that runs through me The waterfall will turn into trickles of a ribbon flow with an under tow that meets the oceans.

As my sailboat gently glides across the waters I'll look deep into these waters aware of the Earth sand and peebles lining the shore melding into the wave -a visible mark where river meets this expansive ocean with no more boundaries. This shall my spirit paint for you to fill those empty chapters of another never ending story...

I send you unconditional love, always.

I inherited the family cabin in the wooded mountains. The woods always made me feel better about everything. The cabin was sold when I moved in to take care of Mom because it was too much to handle. I miss the place dearly and your descriptions of the sounds, smells and sights of summer in the woods was perfect. Thanks for reminding me of it's magic.

Your images go from a night-time visit to the blazing hot daylight. Each moment in time more sacred and special than the last and each discovery just as fabulous. The colors in this trio of images are bright and fun. I would love to sit under that center tree with a couple of apples and a good book. I do miss the trees.

Some artists paint with watercolors, others oil paints. Still others use colored pencil or pastels (I am totally amazed and fascinated that anyone can paint ANYTHING with pastels...). Still others paint with pixels with Photoshop or similar apps, or create 3D scenes in Poser, DAZ, Vue, Blender or the like.

You, sir, paint pictures in my mind. Pictures that move in the breeze, pictures that have sounds, smells, and the sensation of warm sunlight on my skin. Pictures that take me back to those carefree days when life was something that seemed like it was just beginning, and had a welcoming road spread out in front of you. Pictures that can and do bring a tear to the eye..

Thanks, Mark, for opening that book of days, and the memories it contains. I miss those days. So much...

Hope you have as pleasant and relaxing a break as possible with what you and your sis are going through. And may healing find its way to you both.. Stay safe and well, buddy. 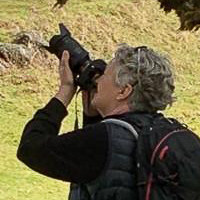 Wonderful summer memories in colors and in worths - love your writing and how you tell about feeling and colors! Hopefully you will have a August full of warm and pleasant days for you and yours! best p.

so very sorry about your sis Mark. I so hate that C word. may the best blessings be with her and you my friend, i lost a majority of my childhood memories, had several head issues in my earlier life like falling of scaffolding directly on my noggin. line drive baseball etc. just difficult recalling things. but you word it like it was yesterday in your life. July and August are amongst my favorite months even though it horribly hot.

like how you recall all the details like smell. and your image appears to represent some of the months you mention, like Rod said about watercolors and other forms of art. but your photos and manips of them are just astonishing. of all three I enjoy he lower yellow one best. thanks for your comments my friend, god Bless and hope the ultimate healing for your sis.

August wore a crown of deep golden yellows - I believe that is my favorite line. It paints in one sentence a picture as clear in my mind as if I were there. Take care of yourself and your family, and thank you for the support you've shown over the years. I hope the best for you, and your sister. Good luck. 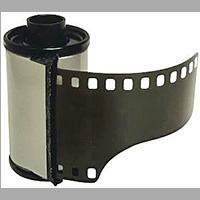 Another excellent image, this one reflecting on what August should be like, Mark. Too hot for the coronavirus to survive. I didn't read your following novella because I'm all crapped out from my ailments. My "Golden Years" are completely tarnished. And sorry about your sisters travails with that dreaded disease. Stay as well as you can, and my best hopes for your sister. And for the rest of humanity under present and future conditions.

Beautiful compositions,colors and shapes. Love the high contrasts. Hope things get better for you and your sister soon. We will all miss you. Get plenty of rest if you can. Looking forward to seeing "Anahata" post pop up. Take care Mark.

Wonderful stuff, Mark! I was saving this spot to send you some love while you took a break. I see you snuck back and I hope maybe things are going a little better than you anticipated. Hang in there and be good. Love ya, Tom

Leaf-on-leaf sound, one of my favorites. Rain-on-leaf sound, another. Cathedral music, the choir of trees. I wish blessings and joy to you and your sister. Love, Rose. 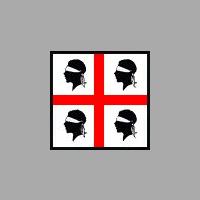 Vibes to your sis.

You paint marvelous pictures with your words. I could see every image in my mind and feel the heat. I feel for your sister having just gone through the experience. Let her know I'm thinking of her and hope it is over soon.

In Loving Memory of Carol

Some 'Django' for Priska (Happy Birthday!)

Light Breaking Through (for Ute)