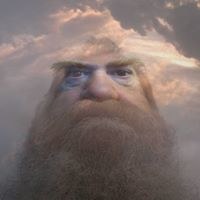 Only real people are allowed to view my Gallery , Clones are not excepted ~~~~Jimmy

A Christmas Story by grrrduhbear ()

Twas the night bearfor Christmas
When all through the Den
Not an Bear was stirring,
Not even o'l Ben.

Their stockings were bearly hung
By the fireplace with care,
In hope that Grrrduhbear ,
Soon would be there.

Out on the rooftop
He landed with out missing,
I knew it was Grrrduhbear
I herd his sled hissing.

What do my blue eyes
Should appear,
But Grrrduhbear himself
From his Bearsled I saw him coming near .

He grunted and he Grrred,
Through the upstairs window he went,
Then he stopped and sniffed the air
I think he picked up my scent.

The teddy bear cookies we left him
Were by patio door.
We cubbies had baked them
Not an hour before.

He went about his work
With never a sigh,
Filling the stockings
With toys piled high.

He waved at me
With his mighty paw.
Although I was hiding , I thought he could not see,
Must have been my nose he saw.

Out the door he went , In oh such a rush,
Jumped in his bearsled
Lined in velvet and plush
And yelled out, "" Mushhhhhhhhh

The eight Polerbear team
Were raring to go.
They know the routine,
Especially in the snow. 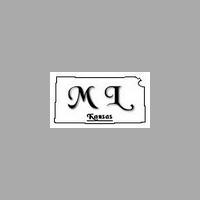 Wonderful Christmas image and poem. Hope you had a Merry Christmas and I wish you a very Happy New Year. 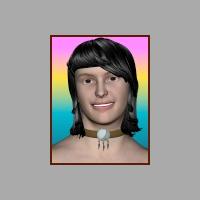 On the Turning Away

Wating on the sun

I Want To Belive