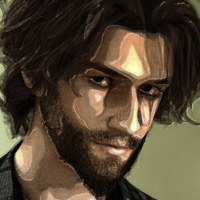 Writer. Director. Producer. Editor. Graphic Artist
Born and raised in Chicago, my passion for writing, film and art started at a very young age and has impacted my life in a multitude of ways.  I won the Young Author’s writing contest at the age of 12 and was accepted to a private art school by age 16.  I have won and placed in several art competitions through out my life and continually challenge myself as an artist.  My desire to  share my creativity with the world continues to drive me everyday.

After studying Commercial Art and Graphic Design in Chicago, I moved to Los Angeles, where I have spent many years as a freelance Video Editor for corporate, internal, industrial and video marketing productions including Bon Secours Medical, Edison Int’l and Hard Rock Hotel.
I have produced and edited several music videos such as “Crime of Love” (Wavelength Music) and served as Editor and Producer for the independent feature film “Man in a Box” – Winner Best Feature Film at the Poconos Mountain Film Festival (DynaCore Films).
My current project “CAPSIZED” tells the story of a young bride-to-be who must find a way to save her fiancé from drowning in a cargo hold of a capsized cruise ship – using only a cell phone.
View my film and video work at GeminiiFilms.com


“Your time is limited, so don’t waste it living someone else’s life. Don’t be trapped by dogma – which is living with the results of other people’s thinking. Don’t let the noise of other’s opinions drown out your own inner voice. And most important, have the courage to follow your heart and intuition. They somehow already know what you truly want to become. Everything else is secondary.” - Steve Jobs, Apple Inc. RIP