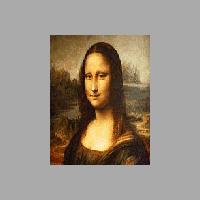 when i was growing up, we didn't have a lot of money, so i used to sit and draw my army men on paper.
as the battles took place, i would cross out the men that died.
over the years i doodled alot, side views mainly of funny face characters!
i have been around computers since the 1980's, but n 2004, my older brother found an ibm lap-top computer
at a swap and shop for $30.00 and called and asked me if i wanted it. i said sure, so he brought it to me and
on the computer programs i found 'paint'. a simple program, but i jumped into the artist part of it gung-ho.
later i found another program, 'ultimate paint' and started working with that and later i found more programs that
started my ideas of digital art into place. last summer i threw myself head first into my art,
so much, that i spend just about all my free time, enjoying and doing my art, my way