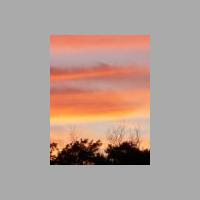 I'm the short, hairy one in this picture--not the one with his tongue sticking out: The one with the hat! Next to me is my Aunt Morghan and my "child," Othila, who died in August 2005.We were living in a town so small (Harper, Texas), the Post Office didn't deliver to our downtown address! I wasn't born in Texas, and I'm leaving as soon as I can! My aunt got married last Summer and moved; I moved to a town so small that I haven't seen it yet: Crabapple, Texas. I work and shop in Fredericksburg.BIOMy background includes pride and shame, like most of us. I did inhale, but I don't, and I didn't dodge. Nor did I do it and say it wasn't It. And I most definitely did not invade small countries to keep the country from seeing how dumb I am. I have strong opinions, but I love everybody: Even the wee folk. I believe that if an extra-terrestrial were to look at Earth, Je'd think, "Look! They operate machinery they don't have the skill to manage, and it causes thousands, millions, of deaths every day! See? Those bodies just laying in the road? No compassion!" And that would be just the deer... :)

In my writing, you might meet some of these extra-terrestrials. You'll get a chance to see how humanity SHOULD handle space, and a glimpse of, not Star Trek(tm), but an objective, non-human view of our entry into the galactic community.

Let me cheat here, and introduce my current main project. Humanity reaches for the stars, and finds pain and pleasure. In our own Solar System we discover competition for what we had thought were unclaimed resources beyond the outer planets: Insect-like creatures are nesting in the Kuiper Belt, using the resources they find to build their space craft. We are also offered a helping hand from the Galactic Community (GC): A mostly enlightened, but in many ways still very human, alliance of species who have the technology for space flight, and perhaps a few who dont bother with the technology. With their assistance, mankind is ready to travel the Galaxy.

One man triggers our meeting the Galactic Community, but its up to others to defend humanity from an even more powerful threat; an inter-dimensional threat that has already conquered wiser peoples than us, and is groping our way.

Earth technology and training brought us to the stars, and into the Galactic Community. This changing world -- galaxy -- is what awaits Alexis and Paul when they complete their education on Earth. For Alexis, the hope that she may find her lost father helps hold back her tears, sometimes. Paul must face many challenges in his quest to build the star-spanning corporation that keeps Terran research moving at hyper speed and helps give humanity a position of power in the Galactic Community.

Alexis unique combat style puts her in an unusual position: She becomes a hero for Earth, building a legacy in the form of an elite fighting fleet that quickly proves competent enough to tackle the enemy that the Galactic Community Legislature refuses to admit exists.

Pauls company, AdAstra, was founded by a very unusual man: Martin StarFox, the mystery man who traveled between stars before he discovered how to make interstellar travel feasible for the rest of us. Martin is older than Paul and Alexis, having spent many years in research by the time they even begin their space training. It is Martins first flight that brings us our first information about the Galactic Community, as well as political elements who refuse to join the GC. His energy and enthusiasm while traveling amongst the stars creates such popular knowledge of Earth that the GC is pressured to accelerate its schedule for Earths invitation to join the GC. Events prove that even so, the invitation was not too premature.

We see some of Martins story, alongside Pauls and Alexis intertwining tales. We meet species ranging from the incredible to the unbelievable: Humanoids, friendly pint-sized traders with sharp teeth, cold-hearted weavers of energy webs, seemingly mindless scavengers, and more. Our travelers encounter peoples whose ways of thinking are so alien that even the GCs guidelines dont apply, and whose technology is so awesome that it seems inconceivable. They witness the construction of spacecraft so beautiful that it seems they were born for beauty. They hear hints of others . . .

This book was begun as a way to help players get a quick feel for the world of an online video game Ive spent many hours designing, but writing the book took over writing the game. Someday I may get back to the game, and if I do, players who have read this book will find many familiar things. Players who enjoy the game are just as likely to enjoy the book.

=======================
Peoples
-------
Verellos -- Terellas people. Most of them have Star Feet and are telepathic. Their mythology indicates that they emigrated from Earth centuries ago. Their name is a holdover from their time on Earth: Most of them were migrant workers, and were known as verellos in some European cultures even then. They have recently withdrawn from the Galactic Community, and specifically from their former hosts, the Rihda. When the Verellos left Earth, the Rihda were the first people they encountered. Being unprepared for the harshness of travelling between stars, the Verellos were forced to accept an alliance with the Rihda. This alliance became virtual slavery, over the centuries, until they finally moved to a planet of their own, Migshrahckeh. (Mig-tlateh?)

Rihda -- Inhabitants of Dogaster and a few other relatively un-important systems. Their systems proximity to Earth makes them more important to US, though, and put them in a position to influence the Verellos when they first travelled to the stars.

=======================
Planets
-------
Dogaster -- First planet Martin travels to, where he rescues Terella and meets Perastra. Orbits a small red star, probably a class M red dwarf. Most of the population lives in valleys along the somewhat wobbly terminator: The planet is so close to its dim star that it is tidally locked to it. The mountains help protect life from the frequent solar flares...

Migshrahckeh -- Known as Mandrake to Earth. Hidden home-in-exile of Terellas people. There are rumors that Mandrake has no sun, but the rumors are difficult to confirm, as visitors arent ever taken above-ground. Even the spaceport is in a huge cavern. The only way to get there is aboard a Verellos ship; the Verellos claim that the jump cannot be done with technology.

arldil -- Home of Leirlons family, and Paul Predhoms headquarters after Be Cautious with Culture. Legend indicates it was founded by star travellers centuries ago; linguistic analysis suggests they may have come from Earth.

SallyAnne shuttle -- Introductory civilian shuttle/trainer. Not much of a boat when new, but due to its modern nanotech, its capable of extended travel without docking for fuel/energy or repairs, and can be upgraded to a greater degree than any previous ship of Earth manufacture.


=======================
Unusual terms
-------------
Star Feet -- The ability to fly in space, and especially between stars, without a manufactured space craft or suit of any kind. The Verellos, and some others, are capable of forming a ship with purely mental power, although the more scientifically educated among them claim they apply principles of quantum mechanics and advanced physics. Many Verellos are capable of building material objects from thin air, and create their own shields and weapons mentally as well.

Can you handle that? :) Then fly with us, as we explore beyond NASA's dreams. . . I might even post a few images!