Be the Trey (aka Beowulf Rudolf Constantine von Yeti III) is out and about, continuing his long and lonely patrols in the lowlands of the realm. Ma Yeti’s incessant nagging is taking the joy out of being an eligible bachelor! Today’s patrol takes him to abandoned Temple # 743, wherein he finds some enterprising fool has managed to park a boat in spire 12F. But, because his Mamma did raise him better, he helps Cap’n Hien cart his groceries up to the boat.

Ma Genta has invested Tens of Dollars in Pixel swimming lessons, in hopes or reducing the never-ending near-death drowning claims from St Pixel’s when her minions are forced to engage in a water scene. This Render caused her great distress, due to the number of Pixels who suffered from a fear of heights, and, sadly, falls from said heights. The usual number got lost in the Yeti hair. Search and rescue has learned to lure them out with open kegs. The pixels forced to swab decks and scrape barnacles were also quick to file workman’s comp claims.

By The Sea Backgrounds

Are you sure it's not Temple 742? Some of these abandoned temples all look the same. Or maybe, thinks Von Yeti, this Cap'n Hien might be using some advanced pixel tech to project the reality he wants. This is quite a strain on BRC VY3's head, since he is not often used to having good ideas, so it may take a while for the gears to turn... ;)

Thanks for the pixel fun An-D, tell Ma Genta that pilgrim pixel team 42 has established a new St Pixels outpost in the east... 🐉

Wonderful work, both on the picture and the story. I like Be's hat!

Such a nice moody scene--I really like their shadow on the boat, it's like a surreal Hopper painting. Be looks good in the hat :D

Going to need to have the pixels form a Union for better working conditions. 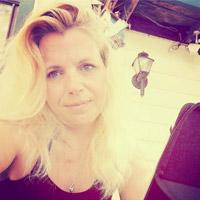 Well that was really neighborly of him to help out with the groceries.... It's good thy can have a few relaxed moments in the sunshine delighting in the antics of those misguided pixels. I hope they don't make too much of a mess when they hit the ground.... LOL

A very fine and fun image! Love your humor! Great and fine details in the making of this splendid creation! Many fine praises from me to you, my friend! Bravo!

Love the lighting a wonderful image my friend :)

A most outstanding fabulous awesome composition and render, brilliant atmosphere, magnificent Masterpiece of Finest Arts.
I love it! You have us stranded in a delightful world. The mesmerizing, lovely story fits like a glove. Your fine humour made my day. At least I don't spill coffee anymore on my keyboard.., I've learned my lesson the hard way, I don't even touch the coffee cup while reading your stories.😊💖🥰

Fantastic render and story! don't tell the pixels about the Titanic though....St Pixel would have a fit ;-)

Alas, extensive as my Poser Toy collection is, I am sadly lacking a sunken unsinkable ship. I do have an Under Water Accruements Union who is heartily sick my mermaid tricycle renders.

another delightful narrative from you, your imagination is a big carnival, and your images express it wonderfully. Love the contrast of the 2 characters here. And the light and shadow on them is wonderful too (as they lean over this creaky Noah's-Ark-like boat). I love the boat's back end, and the hard light on it---brilliant yellow, to contrast with the dark underside and the background. Your angle makes it feel like they floated ashore, got moored, and now they're stuck. The waterfall gives the scene an air of magic; and while the detail back there is murky (on purpose), it gives a feeling of a mysterious place with some revelations in store. Love the characters your create...Here, they look like they're contemplating jumping. (If they're interested, I wouldn't recommend it. They may be in traction for a while!) Delightful stuff, as always.