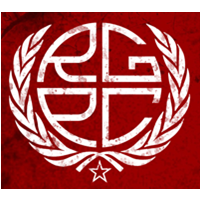 Juramentados (from Spanish juramentar-'one who swore to an oath') widely known in the early 20th century, are Muslim Moro swordsmen of the Philippines in the the southern regions of Mindanao commonly known today as Bangsamoro, who took an oath to die in the name of the faith while engaged in infidels, the martyrdom undertaken considered a form of jihad.

Accounts of these fearsome warriors date back to the Spanish colonial period, but became widely known during the American Occupation of the Philippines. Moro insurgents, fighting against American rule of their islands, would send these lone suicide assassins to “ran amok”; attacking and killing American Army officers and civilian administrators. It is in their belief that the more infidels they kill, the longer their stay in Paradise will be.

The juramentado would prepare for his mission in a most unique and painful way: by having his testicles tied off with a copper wire. In a state of intense agony, the would-be assassin spent the night working himself into a killing frenzy. Other accounts state these assassins took drugs just before their rampage. By the next day, the juramentado would be in a virtual altered state of consciousness, so filled with agony that his mind would no longer register additional pain. The assassin would then be led by his comrades to a place his target was expected to appear (usually a public place, to increase the propaganda and “terror” value of the act). Just before being unleashed against his victim, the juramentado’s arms and legs were tied with occluding ligatures, to reduce expected blood loss from possible wounds to these extremities.

This became the reason why the standard issued .38 caliber revolver was replaced by the .45 caliber colt pistol, so as to provide more 'stopping power' when dealing with these attacks. The Colt .45 revolver was issued to the Philippine Constabulary in 1903. It proved much superior to the standard .38 caliber pistols then used by the American Army.

Though the Americans where successful in subjugating the Moros, Juramentados continued operating even during the Japanese occupation during the Second World War.

Moro Juramentados are usually armed with a kris or kampilan sword or the barong machete usually accompanied by a wooden ornate round shield (sometimes a rectangular 'kalasag'). Armor would have consisted of plates and chain mail similar to Ottoman or Korean design; and topped of by a brass helmet with a striking similarity to a Spanish burgonet.

Wonderful character study and fascinating history, thanks for sharing