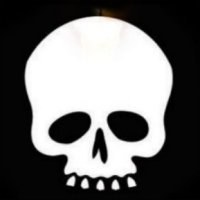 Vale Of The Skull by MortemVetus ()

Well I *was* trying the pathways morphs with the existing TD2 morphs, to make sure they all play nicely together.And at this point, they were still paths/dirt roads, and then I finally spotted the obvious.....instead of a secondary TerraDome, put a TD2 Water ion there, and we've got rivers. Cool, that doubles the usability. Inevitably though, I started thinking how to get a path AND a river. After a little head scratching though, figured it out. We'll use creating this scene as the User Guide walkthrough. Basically, we've got an initial TerraDone, with a second one cloned from it The second one is moved down 2cm. Then a TD2 Water, set 15cm down. The margins are bit tight, but there is some leeway, and it works. Might have to be careful on some of the heavier displacement materials.

Once I'd decided this was going to be an image, it was just a case of filling it out, which involves our Wizards Peak, plus 14 complete Dante78 sets, which was an absolute delight to slot all of them in, Tetris style.. Lastly a touch of low fog to bring it all together. All of which rendered fine in a single pass, PoserPro2014, 7500x10,000 at 300dpi.

I'd just like to add, there is no post work in this. I often get compliments about post work when I haven't done any. The only things I ever post work are magic effects and occasional shadow touch ups. :)

TerraFirma 5:The Road Ahead