During the desperate days of the Battle of Britain, raids would continue from 10 July 1940 – 31 October 1940 as the Luftwaffe attempted to pave the way for Operation Sealion - the invasion of the Britain. Aircraft would form up over France and then launch wave after wave against the embattled defenders. At least two things were in the British favour. Firstly. the short range BF109 only had 10 minutes of fuel over the target area, leaving Bombers unescorted on longer raids. Most importantly, the Home Chain system of Radio Direction Finders (later called RADAR) allowed British interceptors to take off at almost the last minute, preventing pilot fatigue. Here is one of the raids with HE-111s close escorted by BF-109Es.

Bit of a play with some fun and free Aircraft kits.

Most interesting and historic perspective on a bond between our nations that should never be broken. Well done and most enjoyable art.

Making a beautifully composed artwork out of a very scary thing--good job. Being an aviation enthusiast, I can very much appreciate this. Being German, I always find it sort of weird how 21st century people can still be so enthusiastic about nationality. 😒

Anyway, pretty accurate history recap there. The oddity of all those unescorted bombers in particular illustrates both the nazi regime's hubris and sheer indifference to human life. They'd just toss as much destructive offensive weaponry as they possibly could across the channel, with little regard to whether anybody would make it back or not. Unfortunately, they developped unmanned solutions later on, making this sort of crap all the more vicious and bizarre. 😪

Indeed. I think it is important to remember these times, as we need to be able to have meaningful discussions about the past. This was meant to be the stage of the Battle where Goering had ordered the fighters to actually stay close to the bombers - thus making even the BF109 fairly useless in the role it was intended for! 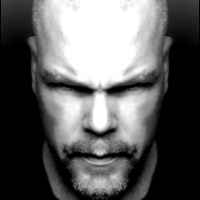 Always wanted to be a pilot but a drunk driver saw to that. Regardless, a fantastic discussion about an interesting time in aviation is always appreciated. Well done.

All Quiet on the Western Front 3

Not So Quiet on the Eastern Front 1