I realized I've never done an image for the Christmas Season, but I had several things I could use for a holiday render, and I really wanted to use this dress in a render. Now I remember why I don't do holiday images, I just don't do holiday images very well (probably just a lack of artistic imagination). Thought I'd go ahead and post the image, just in case someone else would be interested in viewing it (one of those images that looked really good to me while working on it, then a day later it didn't give me the same feeling).

As usual, for most everything in the image I tweaked the shaders. The dress (Hi Lo Dress from DAZ) only has one texture set, and it's black No, I disagree! . I opened up the texture(s) for the diffuse channel in Gimp and inverted them, which gave me a near white texture set. I swapped the standard textures for my new "white" textures, then edited the color in the diffuse channel to the desired red, and the red dress shows my results. I did the same with the necklace, and edited/changed the shaders for the shoes and bracelets to male them more "festive". The dress and hair are both dForce. I really love the way dynamic clothing and hair drape more realistically than conforming items. They take longer to get set up, but well worth the effort IMHO.

The character is G8F and based on Brianne from here (with several added morphs). It's the same one I used in my last image (I'm working on a more reveling image of her now :blush:). I really like her, Maddelirium did an outstanding job. Hope you like her as well :grin: The lighting is the just the default HDRI.

Everything was set up and rendered with Iray using DAZ Studio 4.14 Beta, with minor post work in Gimp.

Thanks for stopping by, and as usual be sure to zoom to full resolution to see all the details!!

MDD Brianne for G8F IRAY ONLY

Dress turned out great and she is stunning. Great job ! Happy holidays to you if I don't get a chance to say it : )

Looks like a pretty darn lovely Holiday scene to me! She's gorgeous, and her environment has a wonderful welcoming feel. Can't ask for more than that, especially these days.

Absolutely beautiful work. What a joy to view. Well done. 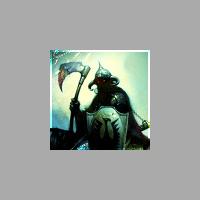