I just had to do a totally impractical armor image. :smile: I ran across an impractical armor on DA and became inspired to create my own. Funny thing with these images for me is they are always better when done by someone else (or in my head), than what I come up with. I think it came out pretty good though, so I thought I would share it. Unfortunately no real back story as my mind has been occupied with other less pleasant RL issues. Creating the image however was a nice diversion!!

The character started life as Naveah from DAZ3D, then I added a whole bunch of morphs (she doesn't look much at all like the original model character now). After a few hours of trying to get the skin shaders to look like I wanted, I decided to go with plan b and try the textures/shaders from another figure. I ended up using the skin from Marilla (from DAZ), then adjusting the shaders to what I wanted. Virtually every other shader in the scene was adjusted as well. The only things that the shaders haven't been modified are her arm armor, her eyes, and the light pole. For the lighting and sky I used Iray Worlds, of course with some slight modifications. I also used two spot lights for rim lights.

The entire scene was set up and renderer using Iray in the DAZ Studio Pro Beta 4.12.2.60. I did some very minor post work and added the signature in Gimp.

Thanks for stopping by. Oh, definitely zoom to full resolution to see her expression and the details. 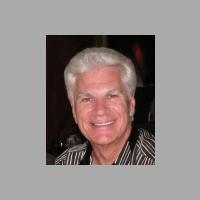 Please Sir, may I have more of Naveah !

Impressive work. The textures are awesome, the expression wonderfully observed and the armour as impractical as any i've ever seen! :)

These type of images are so fun. Once you quite going, "hey that's not very realistic" and just chill out, they take on a whole lot of cheeky entertainment value. i need to lighten up myself and you show me a way to have some fun. Bravo !!!

it looks great, cool image indeed! the story of it could be called ''Tribute of War'' - we have tanks, we have weapons, we have armor but our women have no clothes... XD

Hats off to you! This is gorgeous. All's fair in love and war AND art!!! Subject matter aside, your textures and shaders are all wonderfully done. Lots of detail even in the armored vehicle with DOF applied. The best compliment I could give you is, I only wish I had done this myself ( I'm serious!)

Yeah, I think it came out pretty darn well, too! And I'm totally focused as well! I just hope she doesn't go into combat like that. Then again, she could easily distract the bad guys!

Great job on this!