Glory had gone to visit MaryJane to trade some of her herbs and botanicals for MaryJane's, leaving Djinn to do as he pleased - which was trying to finish up getting everything stored in Glory's new lab so they could start setting it up. He was just as eager to learn some of Glory's alchemical secrets as she was to get back to work.

As he worked he thought about the one last and most important component of that night after dinner:

He and Eli discreetly disappeared to have a couple of drinks and a talk. This time Eli said Djinn HAD to go to Lord Beren to be helped for his PTSD. It was an order from his Alpha. Eli rarely pulled that card on anyone, so Djinn knew he meant it.

"I have plans for you...or someone does. I'm just the instrument of making it happen. And I will make it happen, no matter what gets in the way or when it happens. Think of me as The Expediter. You'll get why I say that one day, when you add things up. I know you can add things up and you're a great observer. I've seen you do it in action when you were a Hunter. This is like That, Djinn. Everything's like That...even your nightmares. Stop suffering them and start dissecting them. Quit living in the Past, my friend. The moment is Now and the Past is over and done. Seize every moment. We make our own realities." Eli poured them each a shot then. "Drink with me on it. You won't regret it. Think about it."

They drank on it and that was all that was said about that.

In the present moment, Djinn smacked himself in the forehead sighing deeply. A disbelieving smile tugged at the corners of his lips. "How dumb am I?" he whispered to himself.

"He did it. I'm not sure how.... Ten years ago. That was TEN YEARS AGO." But then a little voice in his head said, "No, YOU did it." Well, that he did, indeed. It was Eli though who set him on the right course and Beren who told him the truth about Vampires and how things were supposed to be. He did the rest. He made the dreams go away.

He pulled his phone from his pocket and dialed Eli's text. "HA! Expediter." 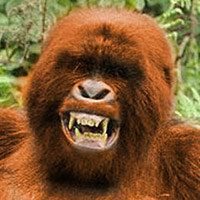 I like his tattoo, great interactions between them. And what place like this where you can smoke. All ours are non smoking bars.

I can see some interesting things developing here... And as always wonderful art to go with it, Ray. Really well done. 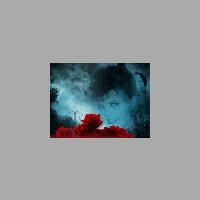 Djinn and Eli.....'Wow'! .....what a pair!! I really like these two characters.....they're awesome! Their story keeps getting more and more interesting all the time....I'm anxious to see what happens next!! Super nice work Ray!! I likey!

Djinn figure it out and he is smart to listen to Eli, great story and scene setup!!! Nicely done sidherose!!!

It seems Djinn is unraveling and weaving himself back together for the better. Kind of a weird concept to think about, watching kids grow up yet yourself does not visibly age. A certain wisdom can be gained, but a certain wisdom also lost to the lack of vulnerability of aging and impending death. The names you choose are interesting too in their relation to beings and people of myth and religion. Yet they have tattoos and wear Hawaiian shirts