Following Nana's directions, the Commander and Omega soon found the gym.  Upon entering they noticed Corporal Xalo working on the inclined bench talking to an Ugnaught male seated on the floor before her.  Scanning the room, they also spotted a Cathar male and human female working out on the leg and chest machines.  Noticing a sign on the doors, Omega asked her partner, "no salute zone?"

"It's standard protocol for areas like this," the Commander answered, "if enlisted personnel were to suddenly stop what they were doing, come to attention and salute, it could cause injuries.  However, other military courtesies are still observed"

"Captain Jolan Amstel and this is Ensign Carla Dovala," the Cathar responded to the man, "it's an honor to meet you, sir, ma'am.  My apologies it wasn't under more formal circumstances."

"Quite alright, Captain," the Commander replied, "this was an impromptu visit any way.  We were out on a little 'sight seeing tour' to get acquainted with the compound and personnel.  What can you tell me of the situation?"

'Well, sir, it's like this," Amstel began, "I am your acting CO, Major Crennik was the actual CO and I was his XO.  After his death, it was my duty to assume his post."  Pausing a moment, he continued, "Dovala here is senior fleet officer and now my acting XO.  Unfortunately, we are also short a senior NCO due to the same incident."

"I see, Captain," the Commander responded, "well, we can't have the enlisted personnel without a lead NCO... suggestions?"

"You know, Growler," Dovala interjected, "I think we can both agree that Corporal Xalo over there would be the best choice."  Then turning her attention to the Commander, "she's an outstanding soldier and if you'll pardon the pun, the troops really look up to her.  Plus, she is also well liked by the civilians, sir."

"Excuse me," the Commander questioned, "Growler?  Care to let me in on this?"

"Try to be an officer in the Imperial military without picking up a nickname, sir," Amstel replied, "my guess it was chosen for obvious reasons, me being Cathar.  I do have to agree with the Ensign, though, Xalo is the best I know of.  The woman is tough, fearless and respected by the officers and enlisted here.  She would be my best candidate for the position, sir."

Turning in the direction where she was working out, the Commander called to the imposing alien, "Corporal Xalo, would you mind coming here a moment?"

Answering the man's hail, Xalo placed the weights she was using back on the rack and walked to meet the group of officers, followed closely behind by the Ugnaught, who was almost running to keep up with her long stride.  Arriving at the spot, Xalo spoke to the Commander, "you wished to see me, sir?"

"Yes, Corporal," the Commander responded, "it has come to my attention we need a senior NCO due to recent actions.  Your name has been brought up as the best person for the job."  Then with a smile on his face, he continued, "congratulations on your new assignment, Sergeant Major."

To the surprise of all, the woman began to dance in place with joy, "thank you, sir!  I promise I will not disappoint you, it will be my honor and privilege to serve you and Darth Nox... thank you!"  Then turning and kneeling in front of the Ugnaught, started to hug and kiss the porcine alien.  "Did you hear that, Gruud", she shouted in excitement, "why don't we celebrate my promotion?  I'll go get that special bottle I've been keeping and see you in your quarters in a few minutes... I have a surprise for you."  Then retuning to her feet, addressed the Commander, "with your permission, of course, sir."

"Permission granted, Sergeant Major," the Commander chuckled, then added, "I understand I have an office, I'll see you there at 0900 tomorrow morning for further briefing."  As the woman grabbed the small Ugnaught by the hand, literally dragging him out of room, the Commander turned to the pair still there, "She called him Gruud, I'm assuming that was my chief engineer.  I was going to drop by the engineering department today, but something tells me to wait until tomorrow.  Now if I recall protocol, I am in need of a new CO and XO for my military unit... you both will also report to my office at 0900.  Well, I've interrupted your workouts long enough, Major, Senior Lieutenant.  Until then, carry on."

Returning the direction from which they came, the Commander and Omega could not help but overhear the ensuing conversation between their new military unit CO and XO:

"Well, Major... care to celebrate our promotions, too?",  Dovala suggestively asked the Cathar.

"What... are you crazy, Dovala?  That goes against all protocols," Amstel replied, "you know that military personnel, especially officers, don't engage in romantic relationships."

"Oh, for the love of... I'm not suggesting marriage, Growler," the woman responded with exasperation, "just a toss in the rack."  Then added with evil grin and chuckle, "besides, I've seen you in the showers, you're not half bad... for a big furball... ... ..."

Great collage of images to illustrate the story line.

Couldn't help but notice you used your avatar for Dovala... sounds like quite an adventurous character.

Very nice work on the panels. I have noticed you always do five of them. Try doing 6 or maybe make one of the panel full width so that they all are neatly spaced out. Will look better. And the full width one can appear at the top, middle or bottom or at different position for each of your page. Just a thought. The dialogues are what would be in a military unit where formality and seniority rules the day. Very well written.

I really enjoy the way you write, your characters are real people with great stories of their own.

Being a former Ranger, I also like how the characters interact as true comrades, brothers and sisters... FAMILY. No matter their race, gender and in this case, species.

As Rajib pointed out, you've nailed the military protocols. 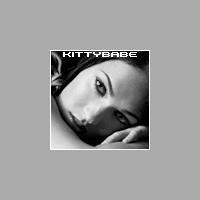 It's wonderfully done! I want to thank your for all your previous comments & peeks at my last uploads and I want to wish you and yours a marvelous (less hot) weekend, hug's Ute

So It Begins, Epilogue