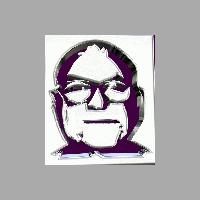 Let me remember . Yes it was the year 1971. I was in Vienna searching for a job. My visa was going to expire in a few days but I was not successful in getting a job. I uses to live in a paying guest apartment run by a Indian lady Vidya. The apartment was located in 3rd district – Landstrasse ,a sedate locality of Vienna . It was inhabited by middle class people who were not very well off.
But the rent was reasonable and I could afford it. The apartment was divided into four parts plus a small room. Vidya gave me this room . The cheapest I could afford.
She used to take special care of me since I was from India. She would ensure that I was well fed. And yes she was a fantastic cook. She came from India with her parents in 1945. Married and settled here. Soon afterwards her parents died and then some 5 years back her husband also expired. She became a widow. She converted her apartment into a paying guest accommodation to sustain herself.
I was not able to find a job and slowly whatever money I had just vanished. I was in a state of depression .One day Aunty Vidya was watering the plants on the balcony . I went to her and narrated my ordeal to her. She sympathically listened to me .
She told me " Ashok, life is not only hard but cruel. There are people who cannot carry the burden and collapse. But you are brave. I am sure you would succeed in life. Come with me.
"
She gave me some money and told me that her husband was working in a Bank in Vienna. She would talk to the Bank Chairman and see whether I could get a job there. In a few days I got a job. My visa was renewed. I stayed with Aunty Vidya for 5 years and took care of her.
Due to certain domestic compulsions I had to return to India. Due to my job experience in Vienna I got a good job in Delhi.
I would always remain indebted to Aunty Vidya for her compassion and helping me out in my most distressful times. She is no more now but she would always reside in my heart.
It is 40 years now since I met her . I have tried to paint her portrait from memory. A tribute to a great soul.
Thanks
ASHOK KUMAR
22.5.19

A FLOWER ON THE TERRACE

A FLOWER ON THE TERRACE