Zefaara is a Sith Sorceress, who was born into slavery within the Empire, rose quickly in the ranks of the Sith to become a powerful Darth despite this obstacle.

It was discovered by her former masters that the teenage Zefaara was highly Force sensitive.  Realizing the profitable commodity they possessed, her masters contacted the Sith Academy on the planet Korriban.  At first, Zefaara was slated to be executed due to her lowly status.  However, the Sith Inquisitor sent to examine her, realized with the impending war soon to begin with the Republic, the Empire could use her skills.  Academy rules were waved for the young woman's origins and she was taken to Korriban to train as a Sith.

Training was harsh and brutal for Zefaara, because of her birth status, she was often the target of other acolytes at the academy.  Though outright murder between acolytes was forbidden, 'accidents' were not uncommon.  Tagged as 'accident prone' by many fellow students early in her training, it became apparent that the former slave was not as unlucky as they believed.  When many of the 'accident' plotters were later found dead with their warblades deeply embedded in their skulls, the hilts clutched tightly in their own hands, accident scenarios trickled off into nothing.

Though Sith training at first made Zefaara cruel and hateful, she learned that there were times when temperance and compassion could be a more formidable weapon.  There were many instances where the use of diplomacy and charm bought about better results than the lightsaber and force lightning.  Zefaara also discovered that her natural 'attributes and skills' could often bring her victory as well.

As Zefaara became more adept to the ways of the true nature of the galaxy and how thing worked, she began to also use tactics of the Sith's hated enemy, the Jedi. This route led her to become what is commonly referred to as a 'Grey Sith', neither completely light or dark in her methods.  Not abandoning the teachings of the Sith code, she began to interpret it in her own way as the situation warranted.

As the old saying goes, "you can catch more blotflies with nectar than you can with acid..."

Wonderful image and great back story. 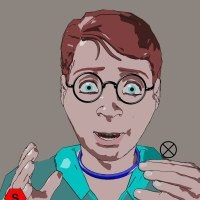 What an excellent story for this character..WELL DONE!

Cool ! This looks great. Nice writeup to give background to the render. 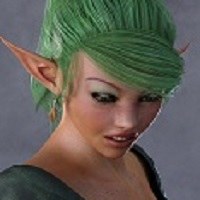