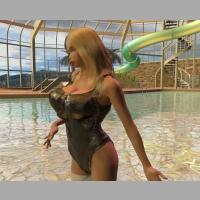 GUN FIGHT AT THE OK CORRAL by skip ()

The Gunfight at the O.K. Corral was a 30-second shootout between lawmen and members of a loosely organized group of outlaws called the Cowboys that took place at about 3:00 p.m. on Wednesday, October 26, 1881, in Tombstone, Arizona Territory. It is generally regarded as the most famous shootout in the history of the American Wild West. The gunfight was the result of a long-simmering feud, with Cowboys Billy Claiborne, Ike and Billy Clanton, and Tom and Frank McLaury on one side and town Marshal Virgil Earp, Special Policeman Morgan Earp, Special Policeman Wyatt Earp, and temporary policeman Doc Holliday on the other side. All three Earp brothers had been the target of repeated death threats made by the Cowboys, who objected to the Earps' interference in their illegal activities. The four law men faced five Cowboys. Billy Clanton and both McLaury brothers were killed. Ike Clanton claimed that he was unarmed and ran from the fight, along with Billy Claiborne and Wes Fuller. Virgil, Morgan, and Doc Holliday were wounded, but Wyatt Earp was unharmed. The shootout has come to represent a period of the American Old West when the frontier was virtually an open range for outlaws, largely unopposed by law enforcement officers who were spread thin over vast territories.

The gunfight was not well known to the American public until 1931, when Stuart Lake published the initially well-received biography Wyatt Earp: Frontier Marshal two years after Earp's death.[1] The book was the basis for the 1946 film My Darling Clementine, directed by John Ford,[1] and the 1957 film Gunfight at the O.K. Corral, after which the shootout became known by that name. Since then, the conflict has been portrayed with varying degrees of accuracy in numerous Western films and books, and has become an archetype for much of the popular imagery associated with the Old West.

Despite its name, the gunfight did not take place within or next to the O.K. Corral, which fronted Allen Street and had a rear entrance lined with horse stalls on Fremont Street. The shootout actually took place in a narrow lot on the side of C. S. Fly's Photographic Studio on Fremont Street, six doors west of the O.K. Corral's rear entrance. Some members of the two opposing parties were initially only about 6 feet (1.8 m) apart. About 30 shots were fired in 30 seconds.[2] Tom and Frank McLaury and Billy Clanton were killed. Ike Clanton subsequently filed murder charges against the Earps and Doc Holliday. The lawmen were exonerated by a local justice of the peace after a 30-day preliminary hearing and then by a local grand jury.

The gunfight was not the end of the conflict. On December 28, 1881, Virgil Earp was ambushed and maimed in a murder attempt by the Cowboys. On March 18, 1882, a Cowboy fired from a dark alley through the glass door of a saloon, killing Morgan Earp. The suspects in both incidents furnished alibis supplied by other Cowboys and were not indicted. Wyatt Earp, newly appointed as Deputy U.S. Marshal in Cochise County, then took matters into his own hands in a personal vendetta. He was pursued by county sheriff Johnny Behan, who had received a warrant from Tucson for Wyatt's shooting of Frank Stilwell.

Nice idea and some interesting characters.

Janet in a 3d print

"CREATURE FROM THE BLACK LAGOON!"