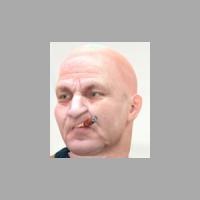 Back seat driver by ravenferret ()

"Okay now turn here... slow down you're driving too fast. Speed up. Oh, ice cream shop, think we should stop there?"

Yep you about got it but it more; like stop I haven't been to that park. Who is that over there, ect shes my baby.

Thanks for the info! Didn't know about this dog. Looks very intelligent, which is why you should have a net between the dog and the front seats so the dog doesn't try to take over the driving. This is part pun, but also part serious. In several European countries it's law to have a net so the dog doesn't get up front thinking it will help you drive. The more intelligent the dog, the greater the risk. I wonder what European species it's derived from. Any info on that? Keep up the good work! :-)

She's has a doggy type seat belt on. attach to the human one.Thanks for the concern she is very intelligent. Her marking are rare most CD (Carolina Dogs are tan and buff to reddish brown.