4,000 B.C.E.
The village stood on a low embankment at the edge of some springs. Alpine steep peaks stood out behind rolling hills that centuries later would be covered by rows of Prosecco vineyards; to the south stretched the gloomy forests of the Po Valley. The village lay in a cluster of close villages, surrounded by placid streams, swamps and a network of cultivated fields, but every village kept its sacred medicine bundles and held its own councils of the clan chiefs.
The people of the villages had only to fight with their neighbours, the cooling weather, bad crops, wild herds changing their usual paths, floods, and sometimes strange diseases sent by an angered god but, all in all, it was a peaceful business-as-usual time. Their lives were full of risks, but life is risky, isn't it?
Sometimes a band of warriors set up for trading or raiding: a guy has to elbow his way through life, right? But no one, not even the bravest, ventured beyond the gorge bordering the Cursed Valley.

I'm back with a new story.

Lovely pastoral scene of bygone time! Very well done indeed! Good description as well. As we read of the archaeology of "pre-historic" times, we are often reading about the discoveries of the burning or other violent destruction of such places, and undoubtedly, such occurred. Yet this gives us a false view of the past and of our ancestors, for whom most days were like this one, quiet and just getting on with life.

nice work on this scene. I love the water and the swans. 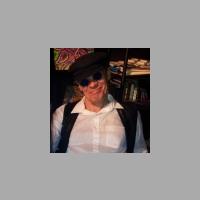 Fantastic scene of an old time!

Wonderful scene, with so many details, great illustration of your story !

That's not too far off what a La Tene Celtic village might have looked like from what I've read.

If I say all the good that I think of this great image, will I have a glass of Prosecco ???

A most majestic, beautiful setting! This story begs for fulfillment! Is this the start of another epic adventure? I certainly hope so, Flavia! I so much fell in love with the New Mars saga! Looking forward to further developments! Bravo and many fine kudos!

Wonderful scene and interesting start to a new story

Marvelous creation/composition my friend... I love it a lot !!!

Excellent scene! looks like the start to an interesting story!

more and more years before...a splendid scene about old times !!!This village is a real steampunk !!!

Ooo, I smell a new story. Nice scene. Kind of reminds me of the Swiss bog villages on stilts.

Looking forward to how this story develops