Canals of New Mars: The Truth Hurts by flavia49 ()

Silence filled the courtyard heavy like a threat.
A yell broke it into a shatter of echoes. Lady G-8's wail sounded as deep as a breath too long held. She ran into the patio, crying and beating her chest and looking at that miserable rag doll that had been G-15. Then, taken by fury, she stood up and spat on Desmond's dead body, kicking it.
Flaw too came out of his room and leaned out of the railing of the second floor so he could watch what was going on. The man looked at Desmond smashed on the ground, at the flying monster wings flapping feebly in last gasps of agony ... then looked up and saw Eve.
JS sensed Flaw's anger, as corrosive as acid. He knew that wrath, he knew it far too well. There was no time to lose and he ran toward the staircase.
"You, you're the one who did this!" Flaw shouted. "You killed Desmond with your mind!"
"You are crazy!" Eve retorted. She was very pale: "I'm not able to do that ... unfortunately," she added with a wicked smile.
Flaw raised his hand to strike her, but an iron grip stopped him.
Crack.
"Ahh!" Flaw screamed, raising his eyes from his broken wrist crushed in the grip of the Wabi hand to the Wabi's face.
The Wabi stood motionless just grasping Flaw's wrist with the same nonchalance he would a hot dog.
"How dare you? You broke my wrist!" Flaw shouted his voice hoarse from pain.
"Orders." Wabi-JS replied flatly.
Meanwhile, Badu and even 3TC were coming hastily.
"What orders?" 3TC asked.
"I have been ordered to protect this lady at the cost of my life. This man was going to hit her." Wabi-JS said.
"You'll face a firing squad!" Flaw cried. "Orders from whom?"
"My orders." Badu was forced to admit, cursing that fucking brainless Wabi.
"A wise order." Lady G-8's voice poured like an icy rain on the bystanders. The lady had found her cold composure again and her voice was chillier than usual. "Well done, Mr. Badu. Lady Eve must be protected at all costs."
Still clutching Flaw's wrist, JS assumed an alert-ready-to-shoot stance.
"That experiment," G-8 said, pointing vaguely at the courtyard, "had been left alive for too long. We were weak enough to humour a faithful servant as you are, Mr. Flaw, but it was time for Desmond to go to the Body Bank. As we all can see, we paid dearly for it."
"Nice epitaph! I'll write it on your grave, Desmond." JS thought staring at a point above Badu's head. "I must avoid eye contact with Eve at all costs, or I'm fucked."
It was increasingly difficult for him to counter Eve's mental assaults and read the others' minds simultaneously, even using the macaws' minds as decoys.
"By chance, Mr. Flaw, do you know what G-15 had discovered? Before this unfortunate event, he told me about an extraordinary discovery." G-8 said.
"Lord G-15 didn't share his discoveries with me, my lady." Flaw lied, winning the first place in JS's special list. Eve's secret had to be protected at all costs.
"My Lady, one by one our beautiful ships have been destroyed: Sea the Ruthless vanquished our fleet! The 104s are dead! Our home planet subdued. We managed to run away thanks to a lucky streak!" a Gray came in screaming out of breath.
"How could that happen?" G8 shouted. "The 104s slaughtered! Why this brutality?"
"We created him, now we've evoked him up somehow." Flaw murmured.
"Where is he now?" 3TC asked.
"He's here. We detected his ships just off this planet!" the Gray’s answer.
"Put the Wabis on the alert, I want them ready for battle." 3TC said. "No mercy."
Badu yelled to the Wabis who weren't on duty at the flak gun, to come upstairs and called the officers to report.
None of those present had paid attention to crazy Lou Cyfer hovering around like a moth over a flame. Suddenly she laughed, then quietly pointed to Wabi-JS:
"Jay Sea?"

You are a wonderful writer and i really enjoy your lovely and detailed illustrations. I hope that books are in your literary future. Bravo!

I look forward to your stories and renders. always first class

LOL, If I tried putting that many people in a scene I think it would fold up on me.

Wonderful composition of the image, superb use of different characters all with beautiful poses !!

JS drama touches the nearest ... a beautiful murder and one more to overcome event !!! excellent staging !!! 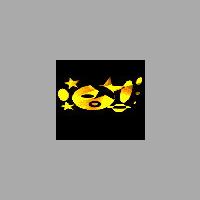 Fantastic scene with a lot of characters and a superb story. Excellent work!!

Superb characters, poses and outfits, I like the tapestry, excellent illustration !

You have unleashed the writer and the creator in you, for our greatest pleasure.

WOW my friend... What a awesome scene and these characters are truly fabulous... Outstandingly done once again !!!