At home the old lady pulled out a sturdy box with JS's stuff.
There was a certain warmth in JS's face as he observed his kit: "Thanks, you're the best." Everything's been preserved with care.
Grateful, the woman bowed then sat down pulling away the cats come to investigate.
"Would you like a cup of tea?" she asked, while JS went to dress.
After a while he was back wearing a Wabi uniform, his skin slightly gray because of the injection he had just done.
"What do you think, obasan?"
"Impressive." she replied. "Your chromatophores work better than those of anyone I've seen. Within two days you will be as slate gray as a Wabi. How many doses are left?"
"Four. That should be enough." JS replied.
"The last time you went Wabi, you got almost killed." she said nonchalantly, but JS felt she was very concerned: the old lady was really fond of him and this was unusual in a professional like hers.
"The Wabi are cannon fodder, it is obvious that anyone donning a Wabi merc's gear risks the same fate. Actually the hardest part is to pretend to be without some brain functions: this is the real challenge."
"The red contact lenses will help giving you the air of an emotionless bastard."
"The Wabi aren't without emotions: they like to kill, rape, plunder and show it openly. A Wabi has no memories, no regrets, no remorse, his perception of fear is flat, he has no free will, he obeys his orders to the end. It's not easy to pretend to be a genetically modified merc." JS said. He unsheathed his katana with an elegant move and stood focusing on the blade. Imperceptibly his features began to change ...
The perfect blade seemed to work like a magic wand on him. The air grew still, the sounds seemed to be sucked by the air and even the cats stopped and looked at him enthralled.
The old lady stared fascinated. Then she exhaled and said: "In two days you'll be perfect. It's always amazing to see you at work. Will you take your swords with you?"
"No. They aren't in character." JS replied.
"I see you demoted yourself." the woman noticed. "You're the boss of the Orion Arm, and in the old days you were a sergeant, but now you're just a Wabi corporal. Why?"
"In order not to attract attention and to have some freedom. As a soldier I'd be at the beck and call of everybody, as a corporal I'll have some authority. My foes will think I was trained with a certain ability to take action. A higher rank would lead me too much in contact with our old friends 3TC and Badu, before I am able to make a plan. 'Pay attention to your enemies, for they are the first to discover your mistakes', remember?"
"Antisthenes, right?" she replied. "When you kill 3TC, take him Vlasav's compliments. Kill them all, JS, kill them slowly and painfully."
JS nodded. "When this is over, I'll come to get you, obasan. You'll meet Eve and come to stay with us on our ship."
"I'll wait for that day, my boy."
Back on board JS left everyone speechless.
"Damn, you look like a Wabi!" Maurr exclaimed. "If Fierce hadn't warned me, I'd reached for my gun!"
"A gun that you don't have!" JS laughed.
"You sure you don't want we attack?" Roma urged during the war council.
"No, first I must exfil Eve. When we're safe, well, reasonably safe, I'll call the cavalry."
"The Wabi transports are coming." Etta boomed.
"Great, we're right on schedule. It's time that you take off, we put enough beacons in the crates that you can follow me with your eyes closed. It's time to go."
"Watch out." Maurr hugged him gruffily. "I was hoping to be the one to take out 3TC, but I know you'll make him pay dearly. Save Eve and avenge all of us, Jay, avenge our dead."
"I'll do my best, I promise." JS replied and walked away into 15-Pavo's gloomy night.

the image alone is wonderful and very powerful! the story just enhances the image and makes me want to know more of his past.

terrific characters and clothing.as always an exciting addition to your story

Sweet work you did here.. can't wait to see what's next! 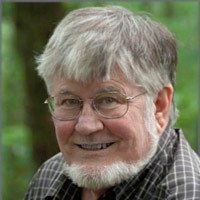 Glad to read the storyline...doing it well!

WOW my friend... What a fantastic scene and this decor is truly beautiful... Fantastic characters also... Awesome creation once again !!!

Great scene with a lot of details, fantastic image!

JS is always seductive, wonderful scene with all these details !

What impressing characters and images you always create by your stories, dear friend. (Thank you so much Flavia for your comments, I appreciate it very much.)