With her heart torn by grief Eve pulled the wires and turned off the valves.
Death came to most of them in a few moments.
"It will take a little more for me, sorry." Acme whispered softly, almost impossible to hear.
Eve nodded, poured acid in the pods and came back to Acme.
The fire of the thermal lance was piercing the watertight door, the melted metal creating a puddle on the floor.
There was little time now.
Eve touched Acme and gave her the Gift. For a moment their minds merged.
"Oh, my brother ... it's him, right?" Eve concentrated in remembering JS, his face, their happy moments. Tears were streaming down her cheeks.
"Thank you." Acme thought and quietly died.
Weeping bitterly Eve poured acid into Acme's pod, while a shout of triumph announced the door had been forced.
Rabid, the Grays, Flaw, 3TC and Badu rushed in. In an instant G-15 realized the situation.
"Bastard!" He yelled slapping Eve, then rapidly spoke to G-8.
The Gray Lady was shaking with fury and in the effort to restrain herself.
"Put her in a cell!" her hiss more venomous than the deadliest adder.
While Badu dragged her out of the crypt, Eve allowed herself a defiant smile.

"15 Pavo, there's nothing there even in Rasharr maps." Maurr said.
JS shrugged: "There are a lot of planets or satellites not included in the official maps, but only in those of the intelligence agencies: 15 Pavo stinks terribly of covert ops."
"What may be the business of two Waabi transport over there?" Rome mumbled.
"Supplies." JS replied.
"So we just board them and discover their ultimate destination. Eve will be there." Maurr said.
"We must exfil Eve first, then assault the base. If cornered they can kill her just for revenge, don't forget Flaw, 3TC and Badu are in the equation. No, I'll join the Waabi, exfil Eve, then we'll fumigate the lair."
"How are you going to join a Waabi company? They look a tad different from you." Jetsam asked.
"Already been there, done that." JS grinned.
"I should have known."
As they jumped off near 15 Pavo, the Waabi cargos had not yet arrived. The site was fully automated, no staff, just robots. JS took control, and sent his ships hiding behind a small moon.
"I'll sneak aboard a cargo as a Waabi. We'll let them load their supplies and weapons. Everything must be in order. Before allowing the landing, the first thing the Gray control will be the logbook. Now I need a bit of makeup, I'll be back ASAP." JS boarded his shuttlestar and vanished into space.
Playworld, a dwarf planet on the Southern Cross Reefs, was a mecca for tourists. Characterized by rather barren, dry lands and coral-reef-rich oceans, it was a property of "Universal Cruise Co.", a leader in the edutainment tourism. Back-to-the-Past theme parks recreated different periods of various galactic civilizations to the visitors' delight. The key of Back-to-the-Past's success was that all its employees were of flesh and bones: "No cyborgs, no robots here!" said the brochure. JS's destination was Little Edo, in the Earth's sector.
People roaming in an all the rage destination as Playworld confirmed JS's suspicion that his look was trendy. A good chunk of tourists sported his haircut and looks. After wandering a little to avoid to be tailed after, JS stopped at an oden shop. The old woman who ran the food cart looked at him suspiciously.
"You're getting younger, obasan."
"Oh, it is useless to woo me, you fop. What do you eat?"
"I'm here for my stuff, obasan." JS said.
The woman pierced him with an inquisitorial glare. JS showed his commando knife. The old woman's eyes sparkled: "I had to figure out you were the original one from your voice as rich and velvety as a good sake."
"Now who's wooing? I need a little makeup too." he smiled.
"Who are you playing this time?"
"A Waabi."
"Tough stuff. Follow me." she replied in a businesslike attitude.

An excellently compiled scene and an amazing story. Outstanding work!!

Superb characters and asiatic mood with all these details, great work !

This is a very good!

the image is first rate and the chapter is wonderful! I'm glad that Eve was able to assist those in the pods.

Such a realistic scene with all the great props. Super work.

What a fabulous scene my friend... Fantastic composition and these characters are truly fantastic also !!!

Cool image you did here!... Makes one hungry for something...

Different and nicely done scene - JS needs to get to Eve soon! 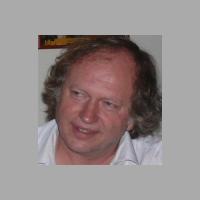 This is a real STUNNER - Looks AMAZING!

full size to enjoy all the details and use of characters/clothing. your writing is very exciting and original

this is very good

Love the illustration - that pose on the cat is perfect. Hope JS is able to wreak some havoc.