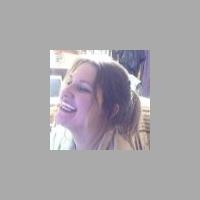 First of a few Valentine themed renders. There will be more in the coming days. The main reason I have not rendered much in the last few years is health issues, like many other people in this community. I was unable to sit for any length of time, only finding a small lessening of pain when lying flat or standing straight. there was a point of close to two years where I could barely walk and crawled on all fours every morning when I woke up (I refused to get a walker). Since I am stubborn as *uck and was brought up not to be a wimp, I continued to work (which fortunately involves mostly standing) through it all. Also, I did not want to be on disability in my forties when there was a chance of regaining some quality of life. I also refused any pain relief other than anti-inflammatory medications because I did not want to be stoned every day. I can't function properly like that. It has been almost five years of tests and physiotherapy and different treatments to come to a point where there is significant pain reduction and the ability to resume some of the things I used to enjoy. For anyone suffering with pain, there are two things I very strongly recommend: adopting an anti-inflammatory diet, and being religious to stretching and physiotherapy exercises, especially those that build core strength. Many doctors love to hand out prescriptions (it drives the pharmaceutical industry), and they will scoff at you when you mention an anti-inflammatory diet (one of the ones I saw called it pseudo-science). How strange that there are special diets for diabetics and heart patients and that is not considered "pseudo-science" (sarcasm intended). In any case, my health is much improved due to my own research and demanding treatments off the beaten track and hard work making lifestyle changes. If anyone is suffering and interested in what I did to improve my own pain levels to something manageable, feel free to pm me.

This is cute! Well done! 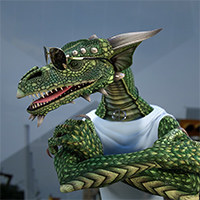 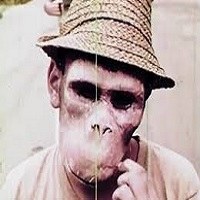 Dang. I got to the party late.

Love the curves and giant hair on the character.

Who Ate All My Chocolates?!

Up Close and Personal

When A Five Year Old Renders

Come Into My Parlour ...

Sorry Lady ...We're On Our Break

What Took You So Long ?