Canals of New Mars: The Battle of the Snake Nebula by flavia49 ()

"They are a bunch of lousy fighter pilots!" Roma yelled into the microphone.
His shout echoed throughout the NMS Wild Geese and JS smiled.
"It looks just like that!" Maurr replied from RS Fierce.
On the screens of the control room the red dots indicating the Gray spacefighters went out one by one because, though their numbers were superior, their spacecraft were obviously inferior and their pilots rusty.
"They haven't seen action since the Stop Abduction War, a few generations ago." JS told Maurr.
"You mean they're the same pilots?" Matt shouted.
"Most of them. I told you they're decrepit. Anyway these battleships weren't designed to engage the enemy, but to plunder and abduct. Those equipped for war have not yet engaged, but they're coming." JS explained.
"Uzzah!" Vickie shouted.
Struck by the NMS Wild Geese one of the Gray flying saucers exploded. Then another was hit by Fierce. After a violent exchange of shots also third saucer disintegrated in a sudden cloud of fire.
"Did we destroy them all?" S-Ming asked incredulously.
"No, just those stationed here. But a signal was launched, and Gray flying saucers are coming from every base around the galaxy." JS said.
"How many will they be?" Maurr asked.
"I dunno, but here's the hyperspace point of exit wherever they are jumping from. We'll wait here and hit them when they jump out. It will be like shooting at sitting ducks." JS said.
And the slaughter began. Large Gray flying saucers coming out of hyperspace alone or in groups of two were immediately greeted by burning fire from Vickie's, Etta's and Fierce's plasma cannons, dead on target. The gases of the Snake Nebula supplied JS's ships with energy at will and their shots were powerful, precise and deadly.
"Perfect coordination, girls!" JS's fears of possible conflicts between the two souls of the ship, those of Vickie and Etta, in the heat of battle were totally dispelled. His new ship, NMS Wild Geese, responded as a single entity and a single will.
Maurr and Fierce were equally fatal.
The space around the point of exit was full of relics and hulls of burning ships. Here and there subtle flashes of light indicated an enemy fighter was shot down. The battle had been raging for several hours, when Lee went to the bridge.
"What's the situation?" He asked JS during a long stand by.
JS shrugged: "I think it's over." and he pointed to some figures on his screen.
"What's that?"
"The number of Gray aristocrats we killed."
Lee noted that the number nearly coincided with the total. He felt a malicious satisfaction.
"You told me you'd do any and everything that will free Eve even if you have to act in as a ferocious a manner as inhumanly possible. Gawd, you're fulfilling your promise."
"Eve is still in their hands." JS pointed out.
"We got only a couple of bumps and a few scratches." Vickie stepped in.
"Maurr, I'm going down to the planet with Teopolos, S-Anne and Joe. A delayed Gray ship might show up, maybe some mercs, so I need you in charge here."
On the surface, they found little resistance: only a few low caste Gray and an officer.
Nobody stopped them until their vehicle reached the great hall colonnade leading to the entry of the Primal Cave. From the ramparts some Gray aristocrats shouted curses and threw spears.
JS passed his men some vials. "Their weapons may be poisoned, here is the antidote."
Joe slapped two adhesive ribbon charges on the door.
"Breaching charge ready!"
"Fire in the hole!"
Boom.
JS's team shot their way into the courtyard.
"How many more?"
"About thirty, I reckon." JS replied, then arranged his men.
"That's odd, they have no guns just swords with shards of obsidian or fish bones." Teopolos noticed.
"Everything, that is not natural, is forbidden here, even firearms." JS replied.
"What about G-0's cryostasis equipment?" S-Anne asked.
JS grinned: "Immortality is worth a bit of technology! I'm going inside." 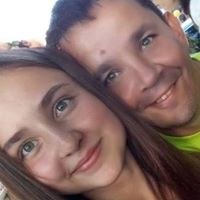 nicely done... love all the detail

another great chapter and scene, the details in both are done well.

nice scene I like the shadows in the background

very wonderful story and image too

all is Superb here ! OUTSTANDING moment of SciFi scenario !!!

outstanding composition as always and interesting reading and illustration

Looks like they're getting what they deserve! Yet it almost seems too easy. Then again, sometimes easy is just what it is. Great chapter and super work on the image. I like the concept here of "natural" weapons. The Aztec props is a great idea and looks very fitting and quite alien actually.

great image and as usual a fantastic story piece

There is again a lot going on. A superb picture with many details. Excellent composition and a fantastic story. Outstanding Work! 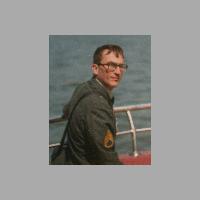 Dramatic ! It really is excellent.

Yay, the gray's got what they deserved!