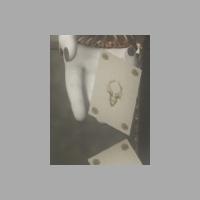 My User Name is SPECULOOS but some of you know me under another name at some other places: WILFRED.
I began posting my renders in 2006 and I opened my Renderosity gallery in 2007. Renderosity is a place I like... :)
I like 3D: and I use Daz Studio for my renders and Hexagon and some other software for the modelling part
I have a special interest for WWI poetry. The poems of Wilfred Owen are my favourite ones.

Since I have accidentally deleted this image from my gallery, I have decided to repost it with the original text.

This render is for you Stacy: today is an excellent day for such a small gift... ! HAPPY BIRTHDAY TO YOU...

This render should normally have been a sci-fi render but provided that I wanted to create a personal combination of clothing parts for the outfit, I decided to make it a fantasy render. It took hours and hours to achieve the result that I wanted.

I chose Avarice (once again) by my Friend Stacy because she is one of her most beautiful characters. I also used many of her textures sets created for the different outfits parts.

For the lighting, I had to create a contrast between Ava and the background while preserving the subtle pale skin tone. I hope that I succeeded.

Scene composed in Poser 7 and rendered in VUE 7 Complete.

I have decided to use the nudity tag since the outfit is very "lite"...

THANK YOU FOR THE NEW COMMENTS! I am happy to see that you still like this image! :o) 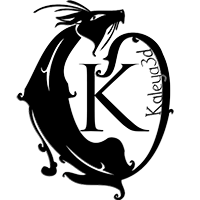 One of my favorite images of yours! I am glad to see you repost it :)