Welcome. Long time no post. Work and Real Life(TM) have gotten rather severely in the way of Art lately. Well that and a complete lack of inspiration... but a new laptop at work drove a desire for a new wallpaper so here we are. Good an excuse as any, right?

I've been on a big Star Trek kick lately and "Boldly Going" seemed to be a natural outgrowth of that trend. I wanted to do a ToS image and I wanted it to be big, bold and dramatic. The initial layout came easily with the camera just above the saucer and the ship lit dramatically from behind.

I tried and discarded a couple of Enterprise Models while I was putting this together, none of them were really standing up to the close-in nature of the image I wanted to do. I finally found Raul Mamoru's awesome model over at www.trekmeshes.ch This is the Poser conversion by Mattymanx, but I made a lot of changes to his material settings.
The Bussard lights on the nacelles are a series of pointlights based on the actual studio model rig. The end caps are a translucent ubersurface material with variable translucency from an image map to simulate the rotating 'fans.' Yes, this will only work in a still image. The bridge dome and many of the lights on the saucer are also done with back-lit translucent materials. 2 Spotlights on the front of the bridge bubble are illuminating the word 'Enterprise' and there are point lights above the circular ports to give the glow effect.
For the hull material, I used more ubersurface with the original texture maps. A low gloss, high strength specular channel with the provided texture maps makes up the Azteck-ing and the secondary specular channel is providing the gloss. There is also a bit of reflection in there and bump mapping from the original Artist's bump maps as well.

I have to say Raul killed it on the modeling, UV mapping and texturing. My only complaints on this model would be that the material zones are obscurely named and some of the surfaces I would prefer to manipulate separately are lumped in together. But really, excellent ToS Enterprise model here, with just a bit of a modern flair. Which was exactly what I was looking for.

The M Class planet is a simple sphere with texture maps by yours truly. If you're at all familiar with my work you've seen this planet before, and I've described the process elsewhere; so I won't go into detail. Likewise the atmosphere, and the cloud map is a real world map you can find on the interwebs someplace.
The Cratered Moon was done in Vue 10. Again, a simple sphere with a 'Moon' fractal in the displacement channel. This was baked to polygons and exported as an .obj file then brought into Studio.
The sun is a directional light with a soft shadow, there is an uber environment light giving some (non-realistic) ambiance and another directional is is providing a dark blue light from below the scene. There are also some area lights here and there to fill things up.

The background was done in POV-Ray and then heavily edited in Photoshop using some techniques I read up on over at Deviant art. You can find some awesome Nebula and Starfield tutorials over there. Honestly, painting the background was the most fun part of this image and I spent a lot of time trying out different ideas until I got a feel that was more 'illustration' than 'cinematic' but I'm really pleased with the results.

The image _was_ lit to put the sun in the shot, so I knew I wanted a lens flare, but I didn't want to go full on JJ Abrams. I finally broke down and bought 'Knoll Light Factory' and I am _totally_ happy with the results. This is the 'sunset' preset with just a little color adjustment and tweakage.

Compositing, level adjustment and titles via my usual workflows and we have a final image which I plan on using for my desktop on my new work laptop. I hope you like it and I'm pleased to finally have something to share with you all.

As always please feel free to critique the piece, I love feedback and constructive criticism. 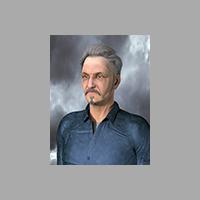 Very nice work and great explanation of the process. Thanks for sharing. 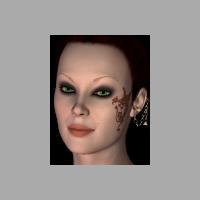 Wonderful to get to see your work again. As always a stunning piece.

Now there's a name from the past, good to see you back posting and a very impressive image (and thanks for the details too).