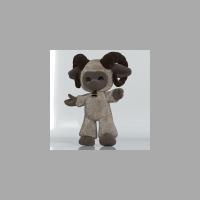 The Reincarnation of Caan by monkeycloud ()

The Dalek prophet, the Supreme Abomination, Caan, and its escort surveyed the Cauldron as the mighty cattle haulers, carrying the last few survivors from Terra Nova rumbled overhead, on their way to being intercepted by the rest of the Dalek task force, now emerging from behind the largest of the planet's moons. Caan's frail, ugly form seemed to present what, in human terms, could have suggested a malevolent smile. Caan's escort, looked on in cold, calculating derision.

Wow, that's a strange take on the Daleks- love it!

Thanks! They are a strange, disturbing and indeed incredibly scary… and horrifying... creature to contemplate, I think… I've tried to get in touch with that here, as best I could...

…well, scary and disturbing… but also fetishistically intriguing too?

Something Wicked This Way Comes

The Knights of Skaro