I'm reworking the mesh of my Aichi "Seiran" model- for another page from the annals of battles that never happened...

The M6A1 was a secret submarine-launched bomber built during the Second World War for Admiral Yamamoto's equally secret I-400-class carrier submarines. Here the first wave is imagined at dawn, approaching the Atlantic coast of the isthmus for their surprise attack on the Panama Canal!

In reality, only two I-400 type submarines were completed and with Yamamoto dead and Japan on the defensive, the intended Panama attack was no longer a priority. Before the Navy could expend their meagre handful of aircraft and crews in kamikaze attacks, the Emperor announced the war's end and as instructed, the crews (no doubt reluctantly!) handed the enormous secret submarines over to the astonished US Navy.

I love the scene and your airplanes.

"as instructed, the crews (no doubt reluctantly!) handed the enormous secret submarines over to the astonished US Navy."..... who after examining them, scuttled them !..... :-( Your models are always excellent, and you display them so well, another winner here... 10/10

This is neat! A really rare aircraft indeed! I have heard and read about them, and the submarine they were meant to go on.. Are these going on ShareCG? lol Rob 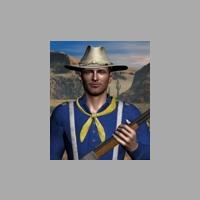 Great picture with a nice light.