Reading around before putting Pedro Capaross' new bomber (from ShareCG) through its paces over China its obvious the World went totally mad in the mid-1930s. Long before the American Volunteer Group (the "Flying Tigers") arrived on the scene, it seems that Soviet volunteers were flying for the Chinese Air Force- that's right... fighting alongside the Chinese Nationalists!!! I'll bet old Joe Stalin re-wrote that particular chapter of the Great Patriotic War pretty damn quick...

A nice slice of history. 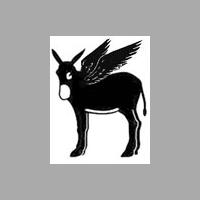 I love it, is a wonderful work. In making the texture of the aircraft, did not pay much attention to the history of China. Really the period generally known as "interwar" in China was a set of years of continuous wars and conflicts that lasted until 1949. Thank you very much for the mention. Pedro Caparros

This looks a really neat model! Mind you, have to say most of Pedro's are good ones! lol I'll be posting one shortly.. Good work on this scene, works well. I know so little about this war, but have spotted a book about this Subject.. (On to buy list now! lol) Rob

Damn, who knew?! Seeing this was a nice surprise, totally unexpected.