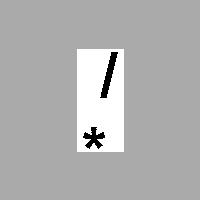 I am Chris Laarman, born (1956) and living in Amsterdam, the Netherlands. I have always been creative with text, music and graphics, but I have never been good at the latter two. I hope that 3D graphics is an approach that fits me, and will ultimately allow me to make my own animated movies. Probably clips featuring my own songs or strings of gags in the Roadrunner mould.
Update March 2011:
Yes, I haven't uploaded anything for years, nor commented on others' contributions. I haven't even /looked/ at the uploads of my Friends here.
I have had to recover from system crashes. Moreover, I have kept buying applications and content to the extent that I don't know where to begin (re)learning the applications and (re)installing the content. And mind you, I have only purchased content that gave me ideas on using it.
Times two, for the same thing has been happening regarding music.
I have been busy writing (in Dutch).
I have taken up making photographs and video recordings again. I have not yet edited (photoshopped) these images, but I'll eventually try to do so in an artistic way.
I have just uploaded a photograph. It may be some sort of new start, but don't expect me to be as present as I may have been.
Update August 2020:
The sad occasion of (being notified by e-mail of) the latest image by renapd has made me visit Renderosity.
However, don't hold your breath until you see something of me. I have been rather prolific in the writing I mentioned (with Renderosity-inspired warnings about sex and religion), I'm wading the waters of image editing, but I now intend to become prolific with my hands, at least in helping to keep a museum ship (1960 minesweeper) going, maybe in do-it-myself chores, maybe in touchable art.
Moreover, I now default to using tablet computers. The encouraging news may be, that I sometimes check for the availability of 3D apps in App Store and Play Store.