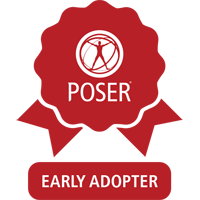 If it is something I need, I don't care who it was made for originally. We have had the ability to decouple content from specific meshes for almost a decade now, and we have had the ability up update legacy meshes for almost as long. I still regularly use figures I bought back in 2005. The post V4/M4 Poser figures are short of EVERYTHING except for early 20's Caucasians, so they don't get all that much use from me.