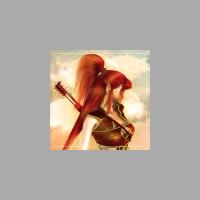 The Ultimate Charger Poses by Ladyfyre-graphics ()