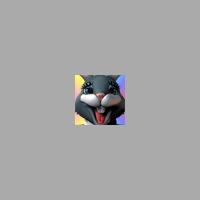 Welcome to the home of Meshbox Design on Renderosity!

Meshbox Design has been producing 3d content for multiple platforms beginning on 2002. Our world famous Toon Santa for Poser became world famous when it became the 3D "Santa Cam" Santa for the NORAD Tracks Santa program in 2006. Meshbox Design is one of the longest term corporate sponsors of the program. NORAD Tracks Santa goes live every December, and then on December 24, our NORAD Santa flies around the world in real time on the website. He can be viewed on the website itself, or through Android and iOS applications. Each year for the month of December, our NORAD Santa is viewed by upwards of 15-20 million unique viewers just on the NORAD Tracks Santa cam, and featured on many televised news networks.

Check out our unique creations on Renderosity, including our popular Elven Village and Haunted Village series of buildings.

The Bridge of Nightmares for Poser