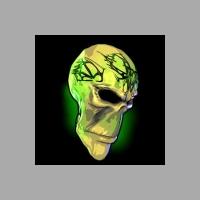 Hi. I do comic art, both traditional and with Poser. You can check out my work at - https://jeffwhiting.art

BIO
The first comic book Jeff Whiting ever plunked down 35 cents for was Amazing Spider-man #176, and from there he was hooked on sequential art. He couldn't pass a convenience store without running in and checking the comic racks for new books. Before long, he was copying drawings by some of his favorite artists, like George Perez, John Byrne, and Jim Starlin, and knew that a career in comic art was what he wanted. He got started doing backgrounds for artist John Beatty, and then landed a job inking over Ben Edlund's pencils for the original Tick series, at New England Comics. From there, Jeff went on to work for Malibu Comics, doing art chores on Street Fighter, The Ferret, and a slew of other titles in the Ultraverse line-up, including Prime, UltraForce, Rune, Prototype, and Hardcase, followed by a smidgen of work in Wetworks for Homage Studios. Desiring to have more control over his art, and a bigger creative input, Jeff began self-publishing his own full color book, Shanghai, in 1997 under his own imprint Durendal Comics. He wrote, drew, lettered and colored the entire project himself. Later, the imprint mutated into Brick House Digital, as Jeff began experimenting with 3D rendered art in sequential form. As the sales of printed comics began to decline in last few years, Jeff decided to take the logical progression, and move Shanghai to the web. Having gone far in life, the Florida native lives a short piece down the road from where he was born, way back in 1964. He's done artwork for the sign business, silk-screened t-shirts, and played the bass guitar in a band for a while. While creating, Jeff's MP3 player frequently contains Linkin Park, Garbage, Kid Rock, Sheryl Crow, Nine Inch Nails, Rush, Yes, or Jethro Tull. Some of his favorite movies are The Fifth Element, Army of Darkness, and Ghost in the Shell. Artistic influences include Roger Dean, Alphonse Mucha, Jim Starlin, and George Perez.