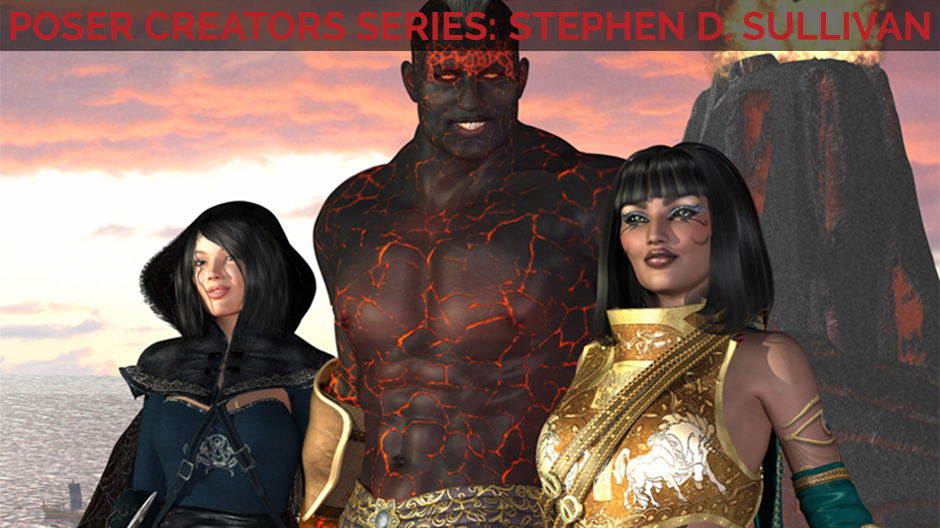 Hailing from Massachusetts, Poser Creator Stephen D. Sullivan has been immersed in fantasy since he left his home state to work on the then new role-playing game Dungeons & Dragons.

"For the past 25 years, I've been a freelancer most of the time (though I've occasionally taken a staff position to help pay the bills). I co-hosted Uncanny Radio — where I was known as 'Manwolf" — with my friend Linda Godfrey, and nowadays I make occasional appearances on Vince Rotolo's B-Movie Cast podcast," Sullivan said.

Over the past four decades, Sullivan has worked professionally in fantasy publishing as an author, artist, and editor. He is a prolific author and has written more than 25 books, including two books in Dragonlance: The New Adventures series -- The Dying Kingdom and Warrior's Heart. Overall, he has worked on 50 different titles, when anthologies and ghost-written content is included.

In addition, to D&D, Sullivan co-founded Pacesetter Ltd. – the creators of CHILL and a bunch of other award-winning table-top games.

"Over the years, I've written and created art for some of the best known properties in the world including Star Wars, The Simpsons, Teenage Mutant Ninja Turtles, and Iron Man," he said.

And at some point along the way, he picked up Poser, so he could create the fantasies in his mind into reality with renders.

"It's not something I do often, and, in no way, would I consider myself a Power User, but it is something I enjoy," Sullivan said.

Sullivan said he thought a program with a virtual human figure that artists could use to pose and study anatomy and use in their work would be useful for producing fantasy images. So when the first version of Poser was released in 1995, he had to try it out.

"The program has gotten better and better over the years, and I've gotten better at using it, too, though I don't consider myself an expert by any means," he said.

In 2007, when he needed a cover for his book "Martian Knights & Other Tales," he knew where to turn.

"Early on, I did a lot of covers for short stories I published on Kindle. Lately, I've used it more for print books, which usually also have an e-book version, too," Sullivan said. 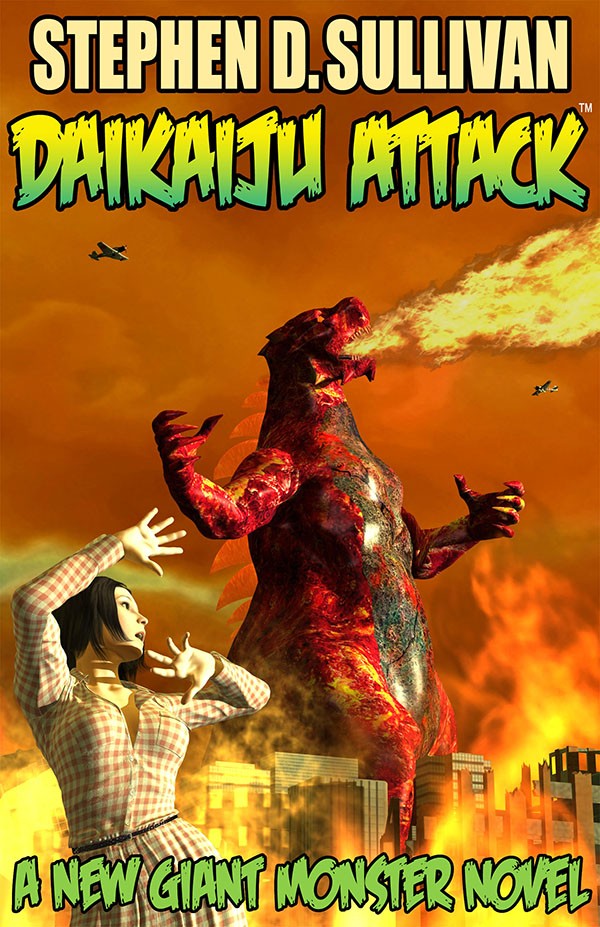 Sullivan said Poser is perfect for capturing the mood of the stories he creates, whether it be high-fantasy, horror, monsters, or science fiction.

"Poser is a perfect medium for bringing those kinds of images to life -- it's like being able to summon my other-worldly characters into a photo studio," he said.

And, because he's been using it for so long, he's build up an extensive runtime chock-full of Poser content.

"So, when I decide to do a cover for a new book -- whether for someone else or my own company -- I try to match up the ideas in the story to an image in my head using my content library," he said, adding when he can't find it, he often relies on Renderosity.

"I'm really excited that Poser is now in the hands of such a strong provider of content. I expect further improvements to the app and even better content in the future," Sullivan said.

You can find his books and more about him http://stephendsullivan.com/.

What can you create? Let us know on Twitter at @poserpro, using #CreateWithPoser. Sign up for our weekly newsletter.