the Titch Project by Giana 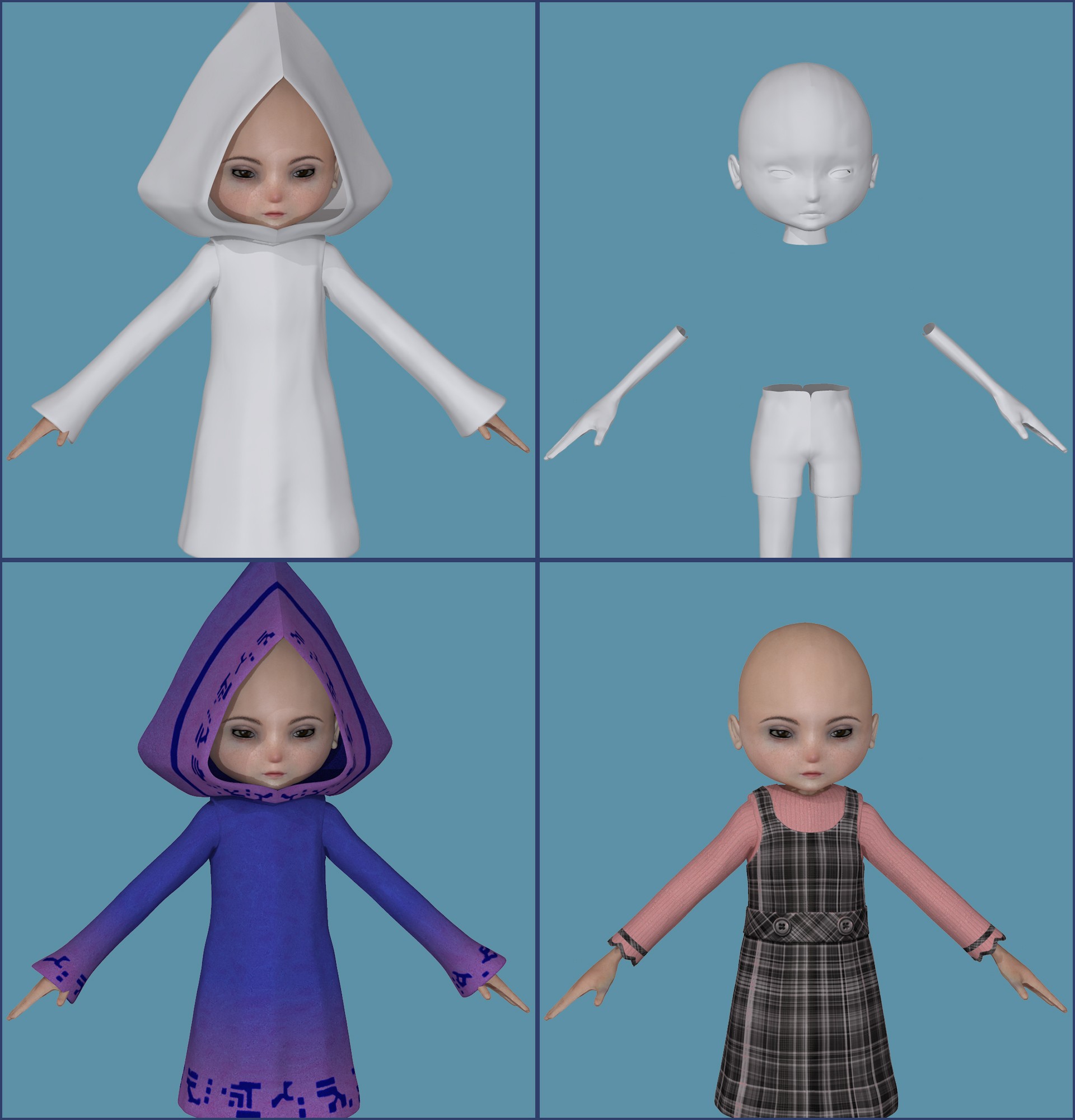 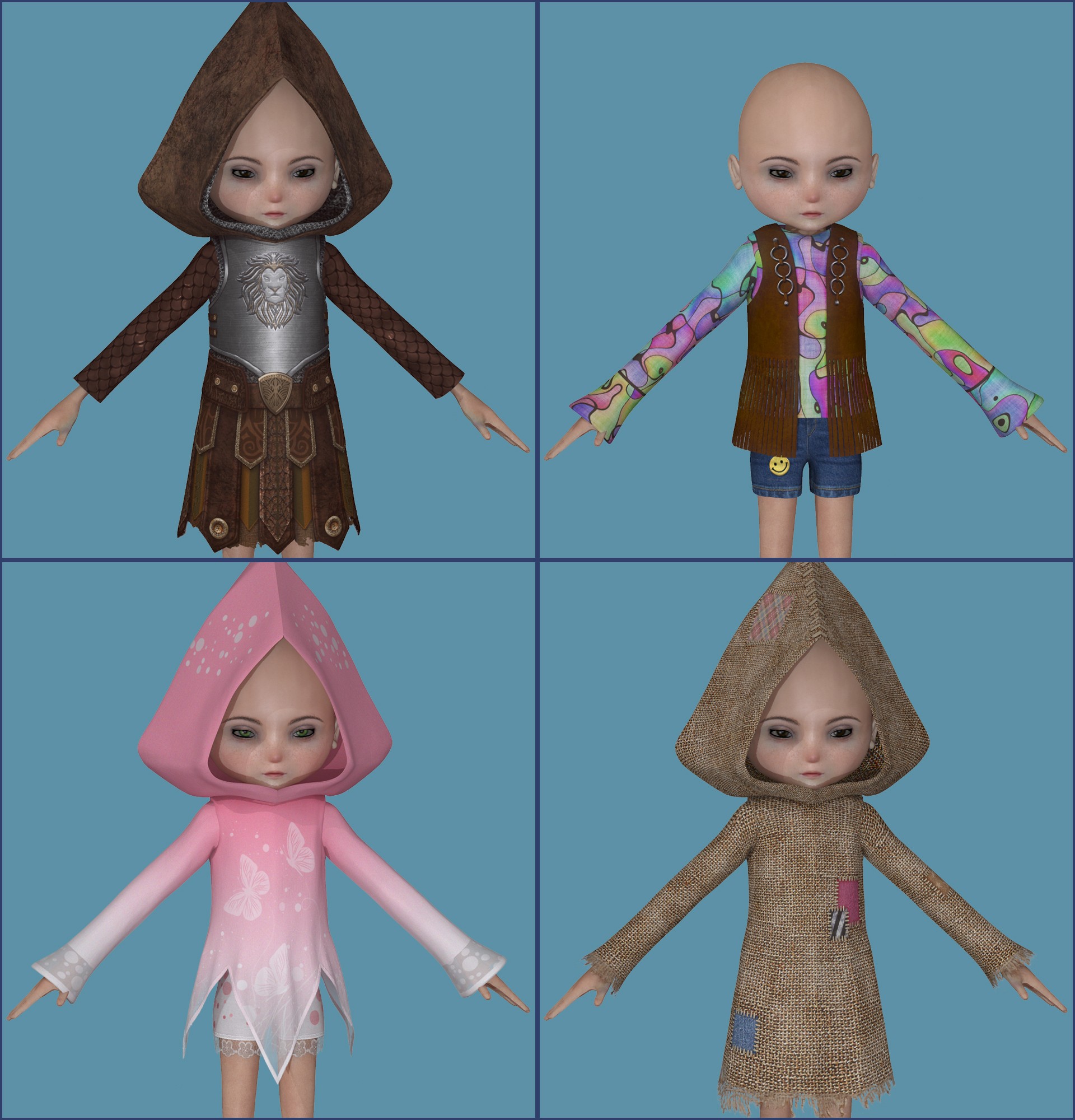 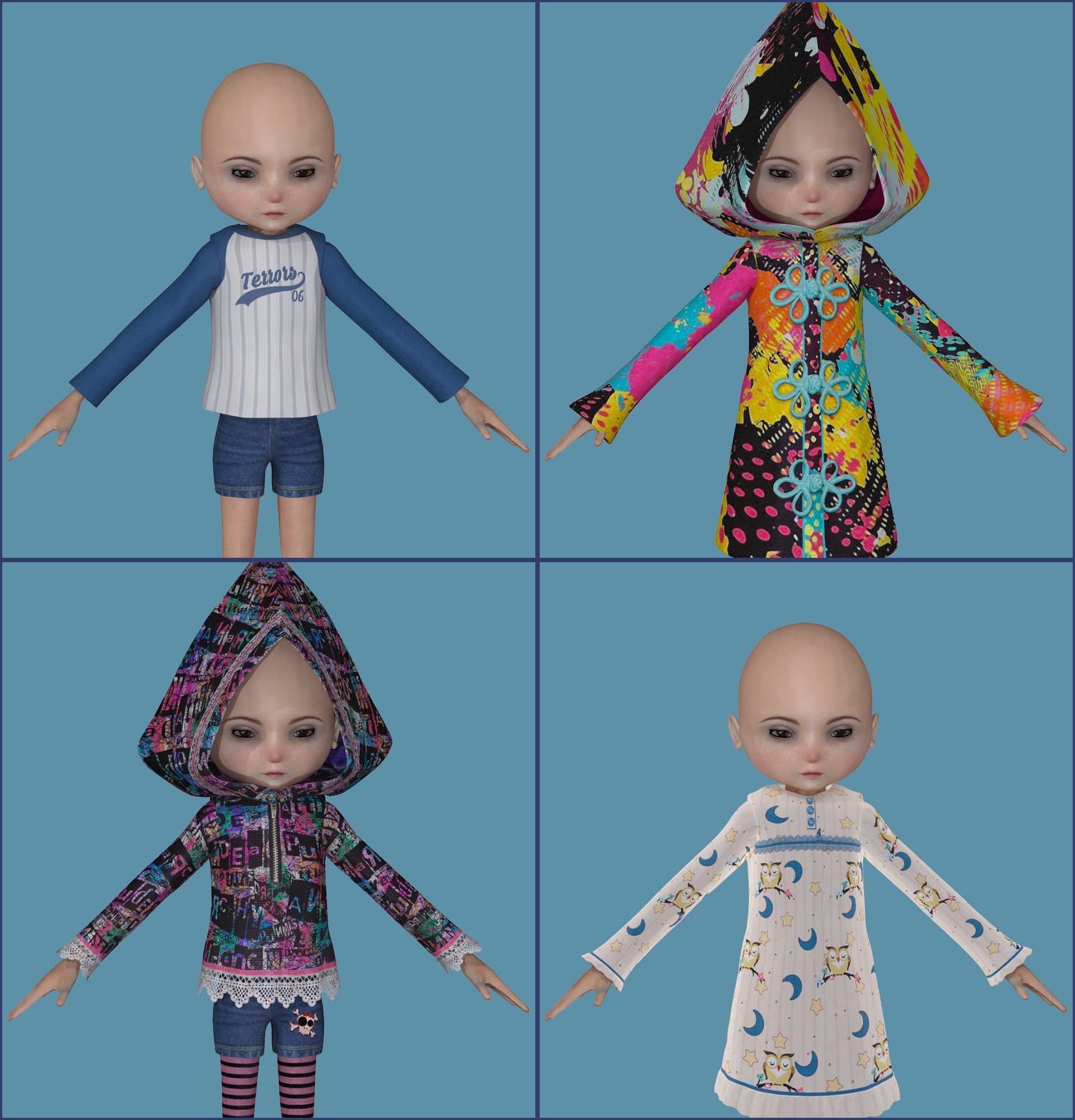 this is Titch. i've used her once, and it was before this project, which was two years ago, both image and project, to be clear. in fact, it was playing around with her that got me started down a fun, but slippery road, as i have a very well established love/hate relationship with texturing. the first thing i did was UV mapped her & created a skin for her, as you can see in the first frame. then i created eyes for her as her original eyes were simply fixed textures, no actual eyeball. next i gave her ears, borrowed from another figure and turned into props, as she had no ears either. ok, so, that was done... or so i thought... [grumble] the trouble with dear little Titch is that she has no body, not really, as you can see in the second frame. well, that meant clothing conversions were out of the question, since her 'body' consists of the hooded dress and a pair of shorts. so, i had to use what was there, figure out a way to 'change' her 'body' enough so that she might have a tiny bit of versatility. it also meant i had to try to figure out how to texture clothing, which is a different beast than skin creation, and a thing i've never really done prior to this project. please be gentle wth your opinions as it was a bit of a learning curve, and a fight at times with her mesh, which has odd curvatures here and there. i do have matching textured accoutrements to round each outfit out, like golashes, hats/caps, etc., and i did do a lot of hair fits for her through simple scaling, but these were simple test renders i did and tossed into a folder. so forgive the lack of polish as well, and just trust me when i say, she does actually have completed 'sets' in her wardrobe. the project, which started around Octobre 2020, lasted for almost 3 months... of course, i'll probably never use any of it, but that really wasn't the point. i just wanted the challenge, failed or not... :))
1 40 4

the many faces of jack+

come back to me