Mother of the Deep (Revisited) by JoeJarrah 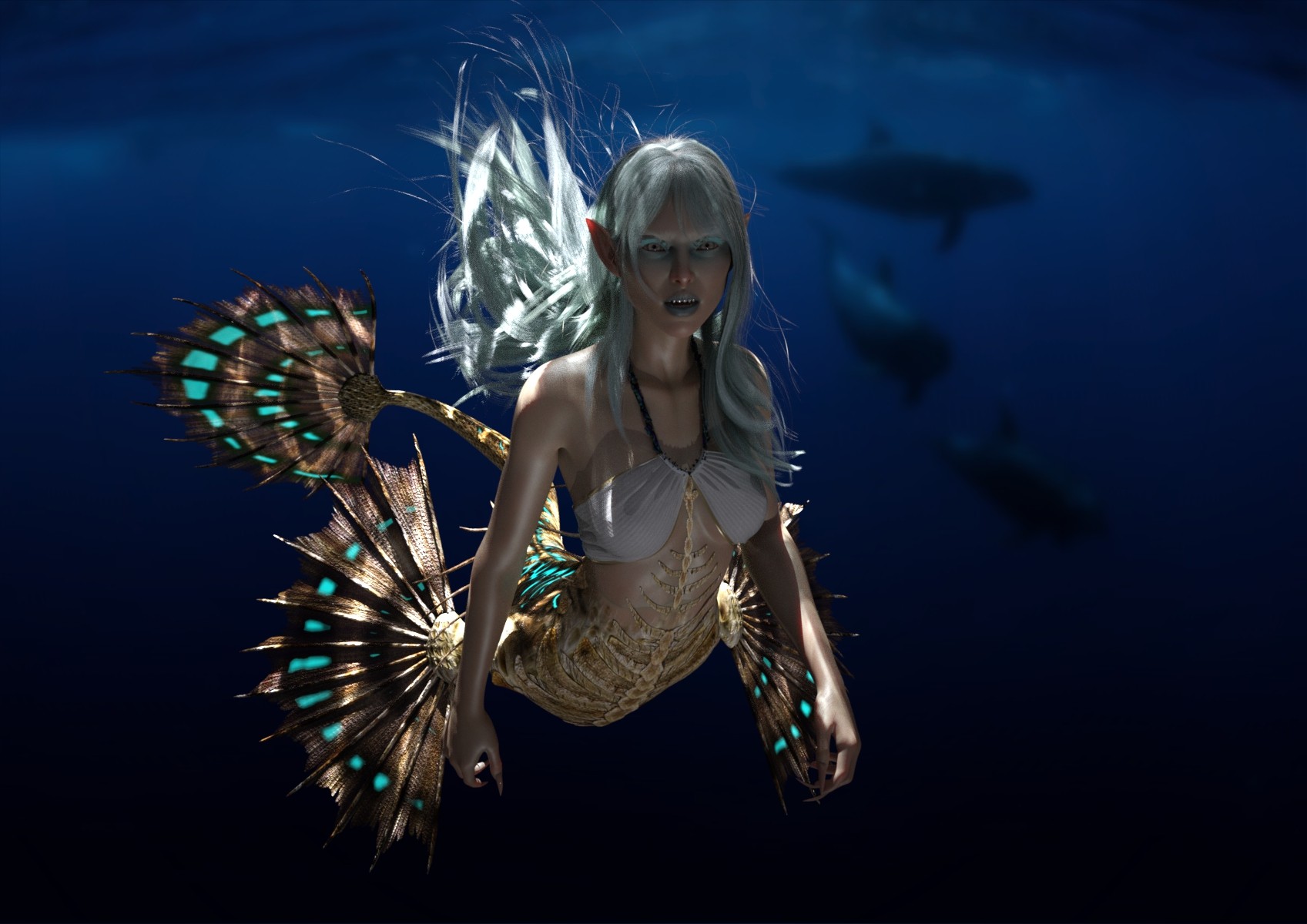 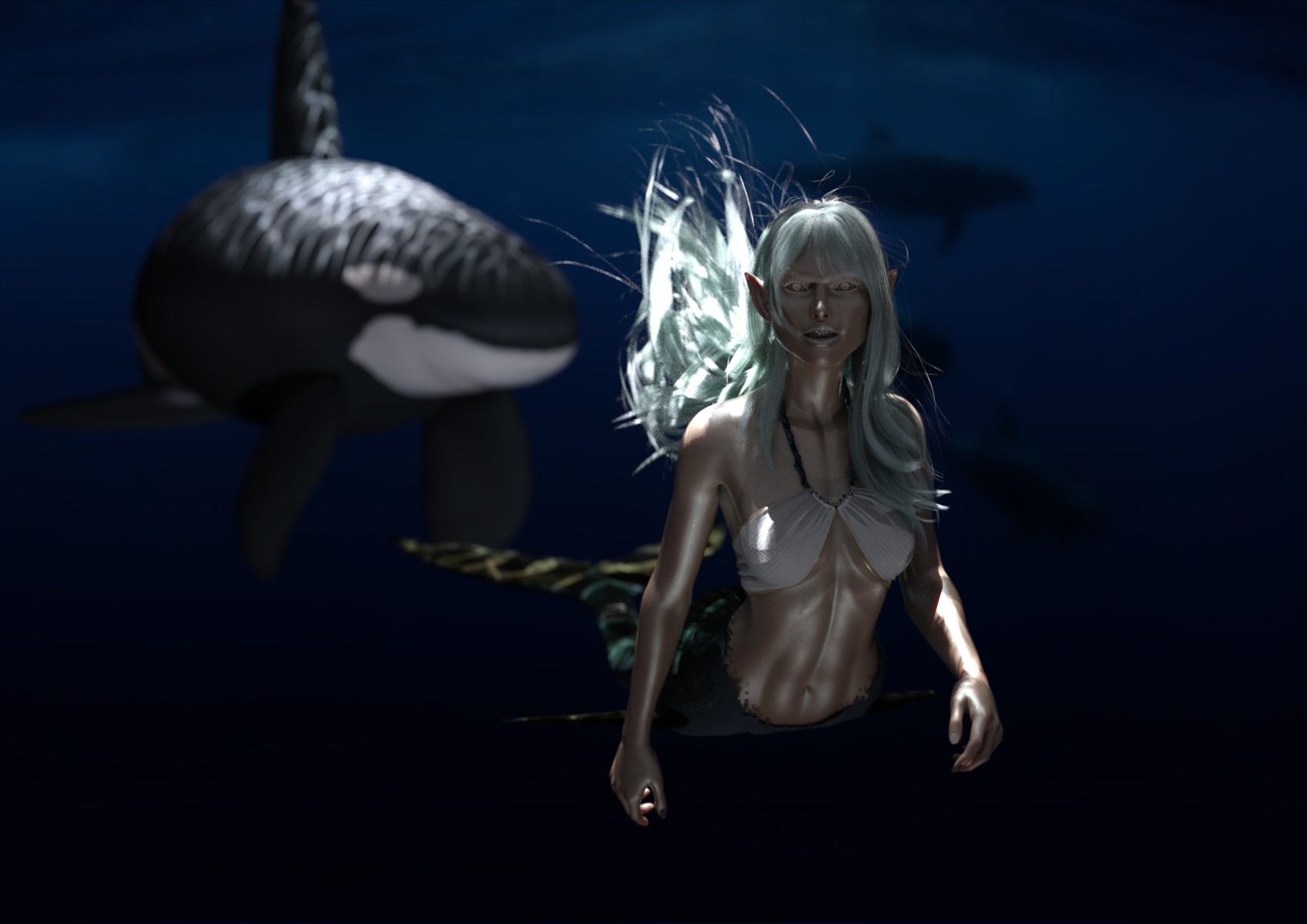 From the forests of West Africa to the icy waters on the Arctic.... Arnaqquassaaq, or Sassuma Arnaa ("Mother of the Deep"), more commonly known as Sedna, has many and differing legends among the peoples of the north, but in all she dwells in the deep sea and commands the animals therein. She a somewhat vengeful protector, and so worshipped with offerings by hunters who rely on her goodwill for their survival. The original (left) was an experiment in fitting a v4 mermaid tail to g8...just about works, but almost impossible to pose without distorting wildly. The orca is a great little freebie static prop from mostdigitalcreations. I've now updated it using g8.1 and different tail that fits much more seamlessly; has different feel but possivly works better.

MDD Icelyn for G8F (IRAY Only)
By Maddelirium

I think I'll now think twice before I'll dive...very beautiful (though a bit scary were I'm concerned) image and great job on the V4/G8 mix-and-match.

What a strong mermaid!

It came out really good. Awesome.

Perfect - It's wonderfully done, wish you a great weekend!

I can see where you have struggled with the tail, nice mythological themed image!

The Palace of Water

you're grounded! (a skytown whimsy)

The Company of Ladybirds (for Gaius)

The company of wolves

Ophelia and the mermaid (for RRun)