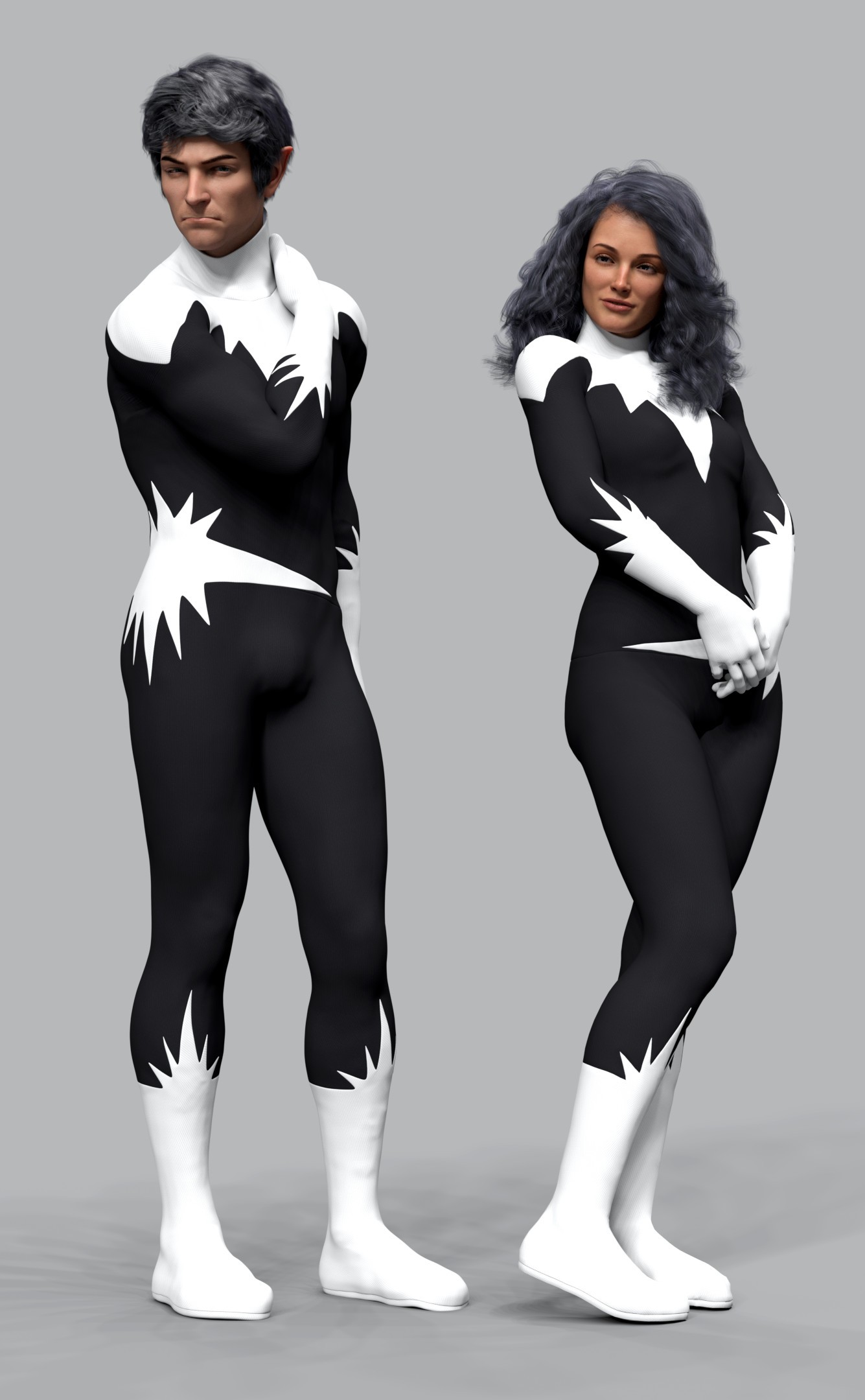 This is Jean-Paul and Jeanne-Marie Beaubier, aka Northstar and Aurora in Marvel's Alpha Flight (and, later, X-Men) comics. They're French-Canadian superhero twins who have the mutant power of flight and super-speed, as well as being able to create a blinding light when they hold hands. Both were long-time members of the Canadian superhero team Alpha Flight (yes, along with that other famous canuck, Wolverine). Northstar is the more prominent of the two, in part of because he spent a significant amount of time as an X-Man, but even more significantly, he was the first openly gay Marvel superhero, and is still one of Marvel's more prominent LGBTQ+ characters. Aurora is less well-known, perhaps because most of her storylines have involved her struggling with Dissociative Identity Disorder; in general she has two personalities, the buttoned-up Jeanne Marie and the extroverted Aurora, but at times there have been more. Currently both characters are living in the mutant nation of Krakoa, and have been working as part of a team investigating the murder of mutants (kicked off by Aurora's own murder, though these days death canonically doesn't mean much to the X-Men thanks to Krakoa's mutant resurrection process). This is the twins circa early John Byrne-era Alpha Flight, though honestly they pretty much have had these same costumes or something very similar for the majority of their history.

A Street Rat in Agrabah

Brad (Coming Out on Top)