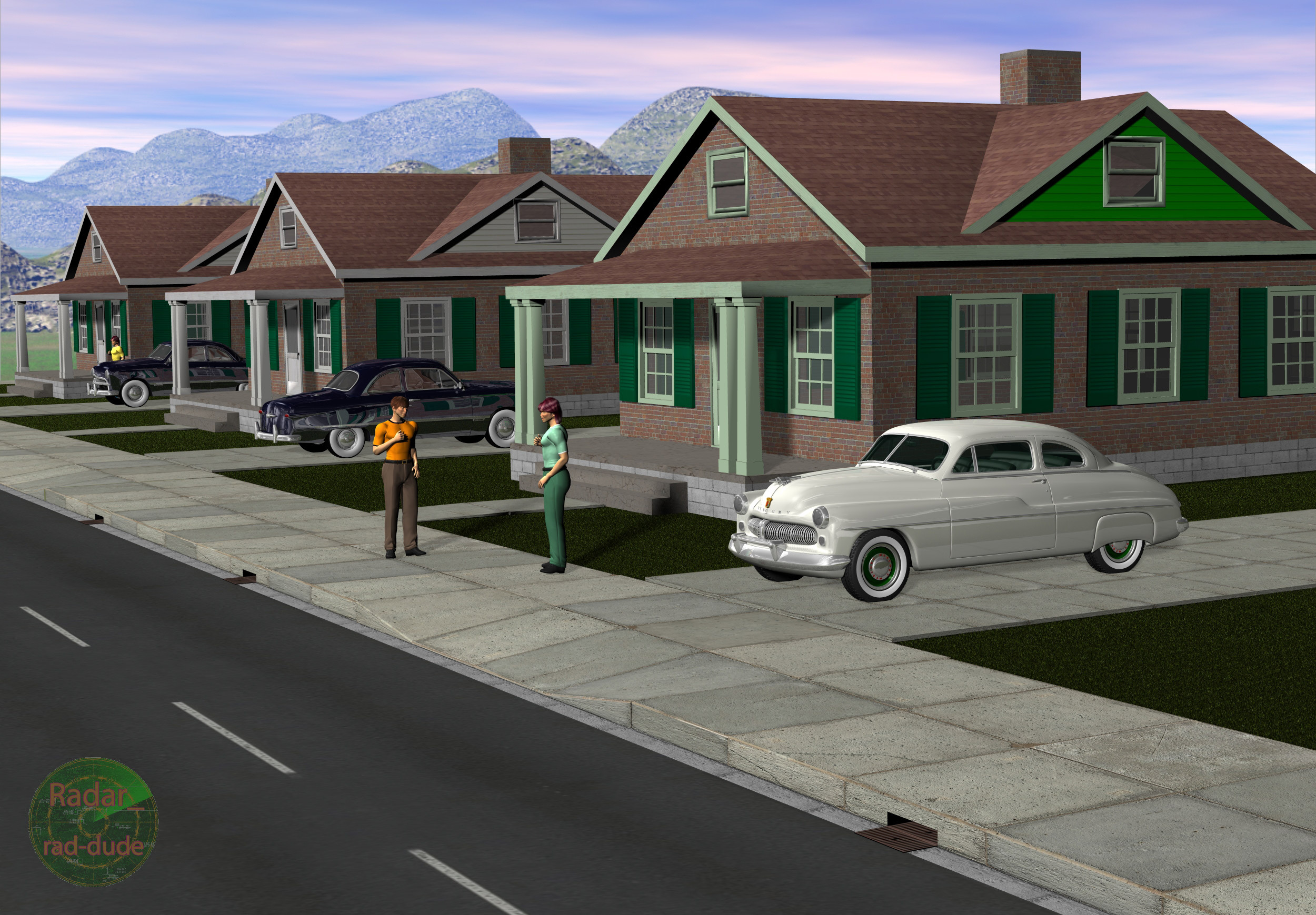 Julian Jankowski graduated college near the top of his class. He was excellent in his chosen field of general engineering. He hadn't narrowed down a single area of expertise yet that he wanted the specialize in. He felt that once he got out into the world, his exposure to various projects would help him decide where he wanted to focus his attention. He and several of his classmates were hired right away by a large multi-national corporation. There were many opportunities for Julian to expand his career skills. He and three of his class- mates settled on a smaller town in a midwestern part of the country. The company provided housing and transportation as parts of the perks for being hired. Did I mention, Julian was fond of the color green? LOL. Well, if you hadn't guessed, that is the case for Julian. He and his classmates moved into a brand new housing development that was still a short distance outside the city limits. They were the first ones to move into it in fact. Their employer's real estate division was in the process of building the housing tract and was glad to get some live bodies living in it so the homes would look more attractive to prospective customers. Julian got special permission from the developer to personalize his house a little bit. He had grander ideas but had to tone them down to comply with the housing code the company wished to foster. So, we see the toned down green trip but once concession in the brighter green on the roof gables. Julian was given leeway because he was considered a very valuable asset for the company. His friends didn't care one way or another about making changes to the houses they were assigned which made the company glad they weren't going to have wild deviations from their development theme. As for the car, standard issue was a Ford Tudor sedan. Julian's friends were pleased to get what was assigned to them, but Julian, being slightly eccentric pleaded for something just a little bit better. Hence, he wound up with a Mercury, which he promptly had new green upholstery installed and painted the wheel rims green. Oh that Julian. He better live up to the hype the company was given about how smart he was and how he would be such an invaluable addition. Well, it will be interesting to see how Julian works out in his first job out of college. In the first few months with the company, he has already made several valuable suggestions that are saving the company thousands of dollars every month. And he is only just starting! Maybe, if this keeps up, they might just give him a Lincoln next? LOL. Who knows? I sure don't! Thank you for taking a peek! Your support is greatly appreciated!

Julian would like my house, my other half decorates the house in everything green. Cool scene and story.

From reading all these fascinating details about Julian's psyche and idiosyncracies, I can only think that a brilliant future lies ahead for him, and once living comfortably in his new green house, he'll probably have a green mansion or why not, a green palace designed and built to match his own purpose in life. Well done , and congrats on both your writing and graphic skills !

Love the setting, where is that house from. Very cool cars. Nice work

Thanks for commenting, my friend! The house if from sketchfab. I had to rework it some in blender to get all the kinks out of it so it worked for me here in Poser. What a hassle. But I can't or shouldn't complain. The price was right! LOL.

What a great story and beautiful image, I really like Julian’s personality and his house !!

Give him the Lincoln! You know you want to! ROFL! Lovely scene and Autos Bill!

Wow...not only does this company offer you a home, but also a new car...that is some awesome perks! It certainly looks like Julian is a fast tracker and will be one to climb up the corporate latter quickly! With his success, he may have access to a different car soon! Excellent work on creating the story and render! :-)

Sweet houses and Merc! I love cars with fender skirts! I hope Julian ends up with a hot husband!

Yay, Julian, be yourself! This is cool.

Well, as long as it's not the last house on the left.... I'd be a wee bit cautious about that company, though...

Really great job on this, Bill!

Fun as always - wish more folks added a little prose to their scenes. There's a lot of characters being created in her to warrant it...

When i was a little one, my family moved to a development just like this. In my case, our back gate faced out onto 50 miles of high desert and there was not a fence between ours and Santa Fe NM, 50 miles to the North.

#4667: Brace yourselves for a landing, everyone!

#4664: Our retrieval efforts are going well!