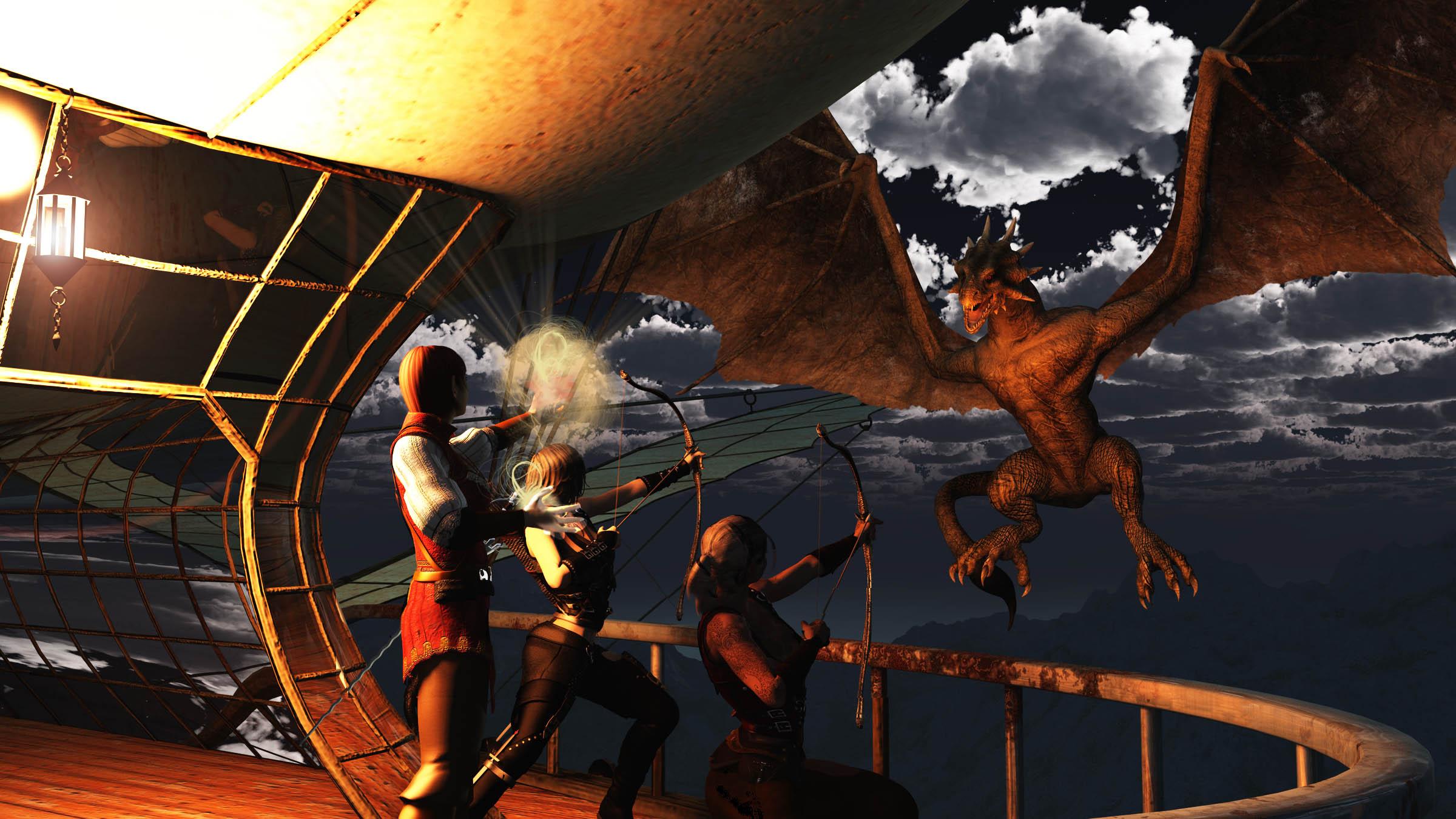 At the rear deck, a very dark wyvern appeared suddenly out of the night and swung it's tail at Eve. But she saw it coming and simply ducked to one side. Not wasting any time and being an expert marks person, she let loose two arrows she had notched. With a zing, a whoosh and a double thud, they found their target in the chest and abdomen and sunk deep before exploding into flame. Sparks, flame and blood erupted from the wyvern's, gut, chest and mouth.It made no more sound and fell back in to the darkness. As Eve stood, a very large and black wyvern rose up on the other side of the ship. Eve jumped over to that side with her bow at the ready. Levi was already in position and Brigit was moving her hands and a flaming glow grew around them. The two archers shot at once. Eve was out of exploding arrows, her and Fir only had two each, but Levi still had two. The beast was almost hovering, taunting them with vocalized growls and hisses. The beast dropped and angled with Eve's shot going through the wing membrane and Levi missing altogether. Just then a bright flash occurred above and a wyvern sped past their sight on it's way to the rocks below. Brigit waited, the glow staying strong and steady in her left hand. The other two women reloaded, Eve with another regular steel tipped razor arrow and Levi with her last exploding one. The wyvern roared, seemingly in anger at the death of one of it's own. Another howl was heard from the front of the ship and another muffled pop on the opposite side and above. Without hesitation, the two women fired their bows, as the wyvern reared to attack, it's long stingered tail curled to strike. This time Eve missed, but Levi hit the large beast in the base of it's tail as it swerved to come in, but there was no explosion from the enchanted arrow. Brigit released the built up energy she was holding. A glowing, flaming sphere rushed at the winged reptilian striking it with a bright burst of light. Like fire spreading over oil, flame engulfed the wyvern from head to tail. The creature hovered a few moments screeching in agony as liquid fire finally choked it to silence and it fell. The three women watched it fall and watched it explode in a ball of flame when it hit the ground. They could see the flames quickly go out. “Controlled self extinguishing Wizard's Fire.” Brigit said, when the two astonished women looked up at her. “I can extinguish the flame when I want or it goes out when it's beyond my influence. A modified spell I learned at the Wizard's Spring.” “Handy!” Eve exclaimed. For once, obviously sincere. ----------------------------------------------------------------------------------------------------------------------- Malgywwn came down and leaped from the ropes, quickly followed by Fir. Levi saw Ian and Thomas waving through the glass at the front of the ship that all was okay. Then Malgwyyn began to panic and called out to Aelfwyyn. “Aelfie! AELFIE!” he shouted. “Woah Muldoon. I'm right here and no scratches.” Aelfwynn appeared out of the dark and dropped from the rope webbing. “Did we get'em all?” Fir asked and they counted off as Thomas appeared from the cabin, leaving Ian at the wheel. “We got one.” Said Thomas “I got one.” Said Fir “As I.” Said Malgwyyn. “I got'em with Mal's modified crossbow.” Explained Aelfwynn. “And we got two back here.” Said Eve. “That's six.” Said Levi. “Dincha chime out seven Aelfie?” Said Malgwyyn. “Yes. I'm sure there were seven.” “Eyes open people!” Brigit shouted. “And spread out!” Just then there was a loud whump and the whole boat rocked a bit throwing Thomas to the deck and everyone catching their balance. Next came the sound of scratching and rending metal from underneath the ship. Malgwyyn looked up in horror. “Not doone dere!” Thanks for stopping by. What will happen!? 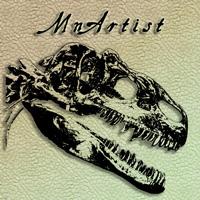 Excellent descriptive writing Art! I could see it all happening as I read. The image looks fantastic and is a fine accompanyment to this chapter! Yes!! WHAT will happen next? Staying tuned :) 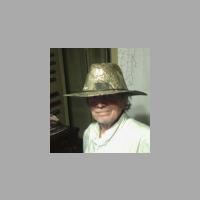 most excellent work and a great story, super on the zoom Arthur. 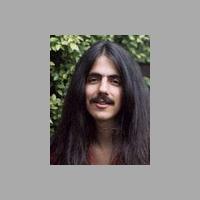 Time to to change course an area that is wyvern free.. Great story and scene!

Well, I'll wager it's not an iceberg causing that scraping and rending sound.... Another fantastic and exciting chapter, Art! You can almost hear the screeches of the wyverns! Brilliant, my friend!

Really like the warm lighting cast from the lantern,provides a great contrast against the cold sky,and adds drama to a dramatic scene!

Yes, it all did seem a bit too easy. A great battle scene here and a story well told. Again, the detail you pour into this gives a clear visualization of the action at hand.