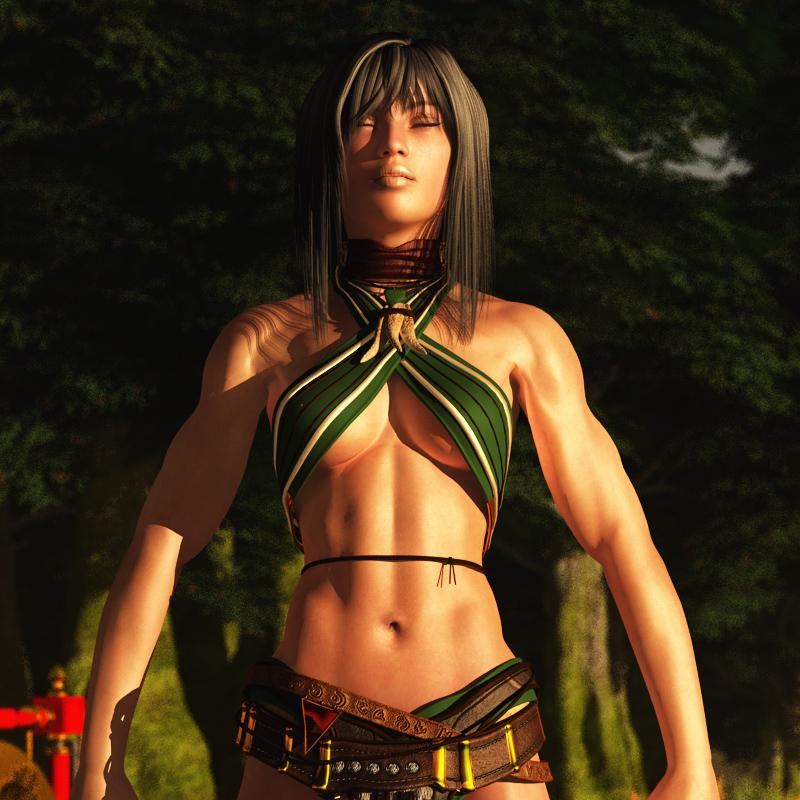 Splendid! I love the light!

You weave a good tale, sir! I can't read the name Hadron Khan without hearing Kirk's voice in my head, though... "KHAAAAAAAAAN!!" :)

Great work on this beautiful scene, and a great writen story my friend.

Good to see your story making a reappearance here, Art! And of course as always the accompanying render is absolutely flawless and beautifully lighted! Most excellent! I just finished reading your interview – most inspiring, my friend! Definitely some food for thought there :-)

Excellant character with perfect lighting and of course the story!

Now that is a warrior! I wanted to write that before I read anything, just to let that thought imagery be free of any entanglements of text. And indeed, upon reading, she is a warrior that anyone well trained in eastern way of the warrior would recognize. She uses the technique of no mind to gain clarity and insight. I would recognize that pose, that look anywhere. You have captured the essence of that moment perfectly. Now I wonder by what magic you managed to escape Renderositie's character count for surely you are well over 4000 some letters here?