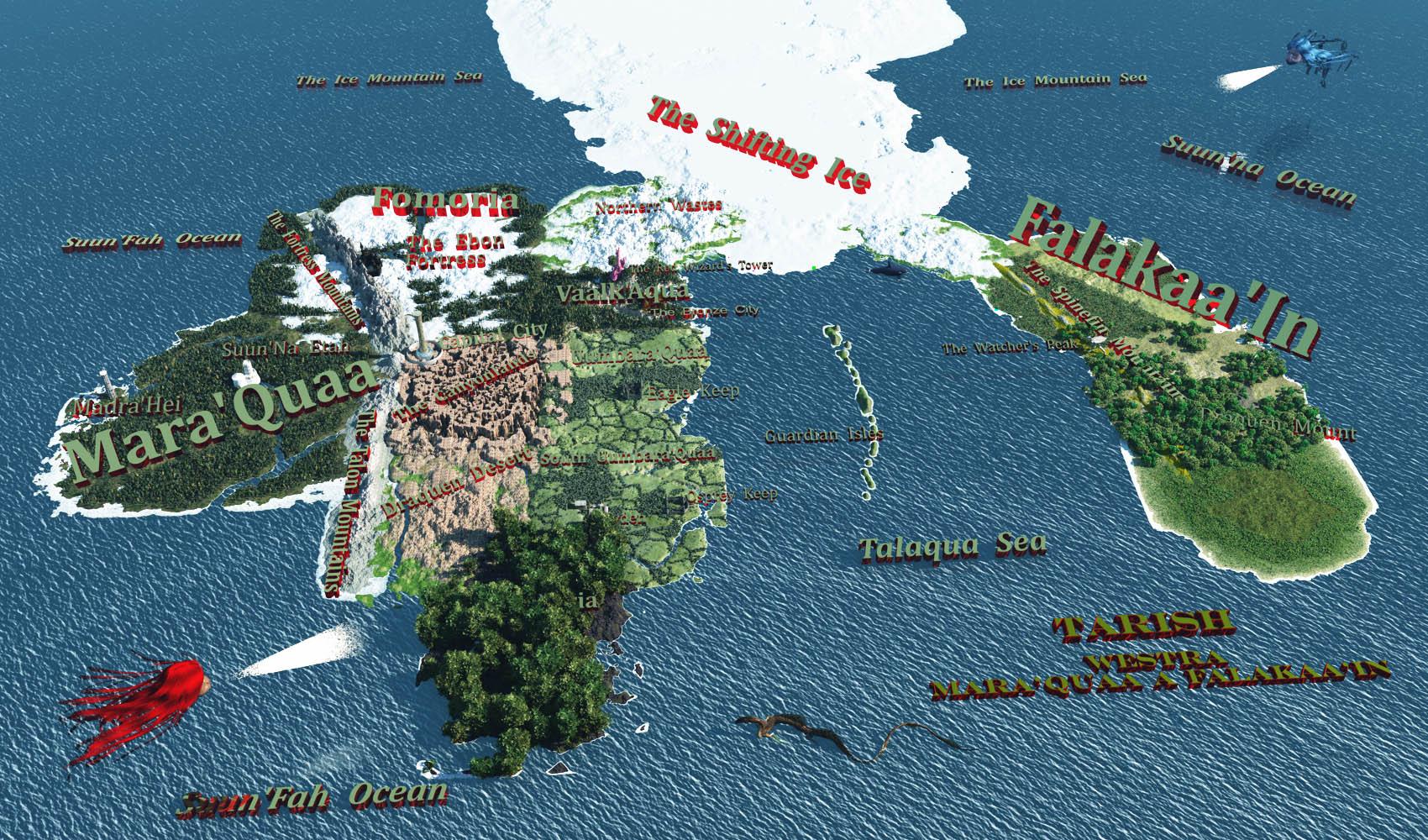 The isles were then outfitted with fortresses and eyries to accomodate an aerial and sea patrol that could monitor the waters and watch for any return of the Dragul. Five years ago this proved to be justified when an amphibious assault from the Dragul upon the isles and against the southern Nubarian coast was stopped. The assault on the isles had been a diversion from a larger invasion to one of the few accessible areas to the Mara'Quaan coast. Luckily an aerial patrol, including a younger Vora, spied the larger force and were able to alert the Nubarians in time, as well as assist in the battle. All the Dragul in the southern assault were destroyed, but many from the isle assault escaped back to their homeland, This organized and intelligent attack brought about conern to all the coastal peoples and has been a heated topic of debate at Capital City's Council Tower. Ever since that time, Vora had volunteered for isle patrol duty as often as allowed. A forboding feeling had begun to grow in Vora and would not go away. Her empathic and telepathic abilities were greater than most of any of the peoples of Tarrish, in fact more so than she even realized herself. They were more like natural instincts to her rather than developed abilities. Vora became almost obsessed with the idea of a large scale attack from the Dragul. She felt something truly dark was a driving force behind them, but could not "see" anything. All seemed clouded by mist when shr turned her thoughts to the Dragul homeland of Falakaa'In. Vora's patrols went beyond the set safety boundries for missions and she often went by herself, another act against safety policy, to observe the Falakaa'In coast looking for any sign of Dragul activity. She had a sense that something large loomed over the whole world, looking to consume it. She had six more days for her tour of duty and tomorrow she would have to make the best of it. First she would have to stop at Tragon, the main isle where she was stationed. She needed a little help with a diversion and had to alert at least Elise and Rajon that she'd be staying on Jova tonight so she could avoid questions and get an early start tomorrow. It takes almost two days of normal flight to reach the Falakaa'In coast from the Guardian Isles, but with a brief stop on one of the many islets that dotted the Talaqua Sea, she knew she could make it in about eighteen hours. The warm winds blowing from the west at this time of year would aid their flight. She also knew of a small island where her and Suun'Na could rest for a few hours after a long flight. There was shelter there and Vora had never been any sign of Dragul on the place. It was truly too small to be of any real value for inhabiting, defense or offense. She had stayed on it many times as a launching point for her "illegal" patrol missions and always left it as she found it, so as not to raise suspicion if Dragul did happen to come there. She would need to tell Elise of her plan to search along the Falakaa'In coast for two days. She could already hear Elise's protests soon to be followed by pleas to join the search, but Vora knew she needed Elise here in case something happened. They were to regroup at one of the small islets that is in between the Guardian Isles and the Falakaa'In coast. It is a small islet that has become know to other members of the Raptors and has even had a small, camoflaged fort set up in a sheltered cove. No one stays there, but those who stop there to rest maintain the place and leave some dried foodstores whenever possible. If vora did not return on schedule, Elise was to look for her by the Watcher's Peak on the Falakaa'In coast. With these thoughts in mind Vora and Suun'Na headed to Tragon.

Wonderful map! This is the start of a wonderful story. Your a very good storyteller. I'm saving the map so I can refer to it when you deliver the next part. I'm looking forward to it.