Party Dress 1 For V4 by Cobbler3D 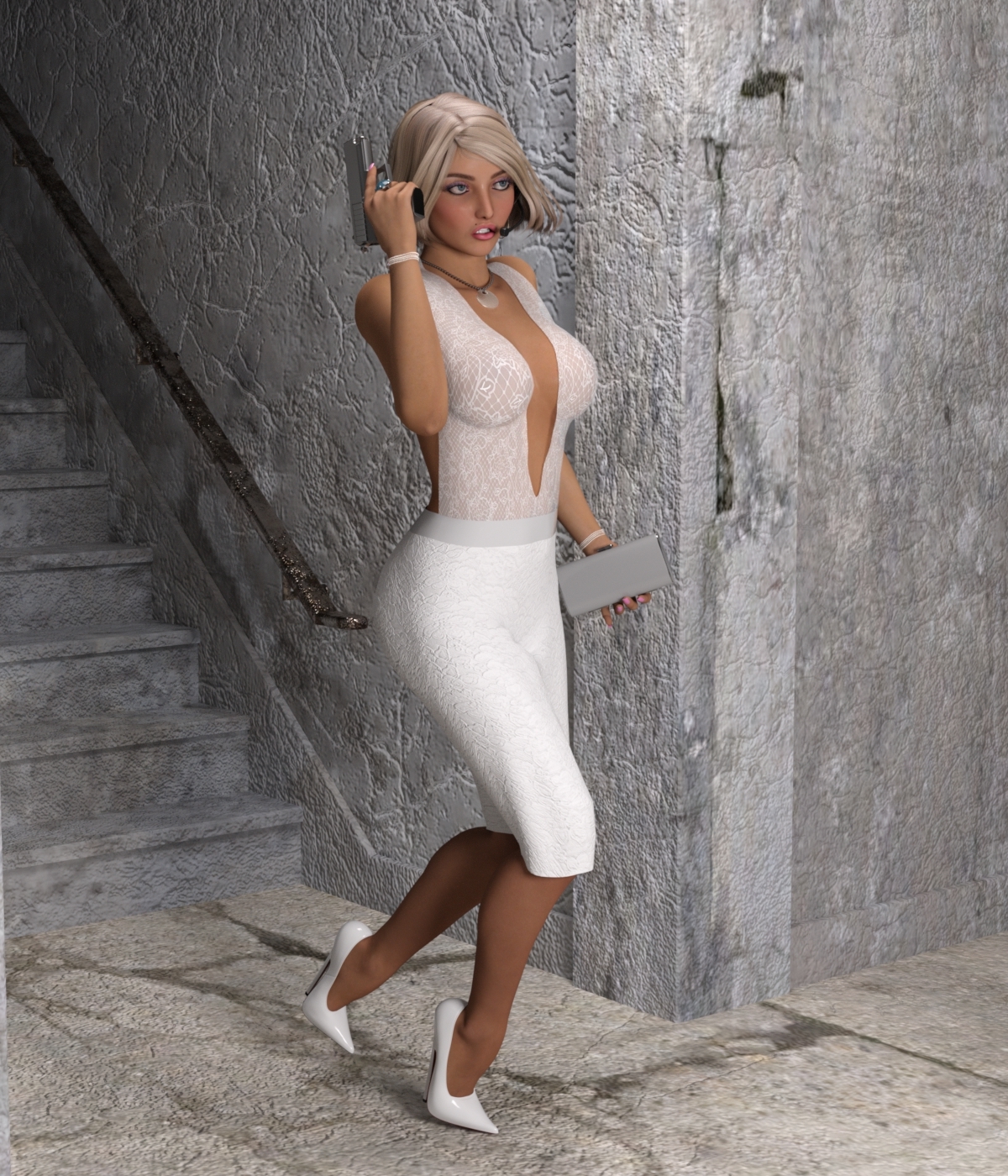 This is a DAZ ONLY V4 freebie. Although it is a V4 conforming dress, I do not own Poser so I can not test any CR2s I export from DAZ. The dress has dForce applied and Iray materials only. I have always wondered why DAZ ONLY items for V4 are hard to come by. Maybe someone will explain to me why later in a SiteMessage. This is my first attempt to make conforming clothes for V4 in DUF format with dForce dynamic settings applied to it. I've purposefully left the dynamic strength of the top and buckle at '0' to avoid breast explosions during simulations but found that a dynamic strength of .8 - .85 works on chesty models without exploding wardrobe mesh malfunctions. Adjust dForce settings to your liking.

Included in this package:

Darkness for Nina's Rest
By Cobbler3D

Thanks for the explanations everybody! I am still sorting out the history between DAZ and Poser characters and formats!

A lot of the vendors in Poser still support V4 due to the fact that most of the Poser figures have never caught on and received the support that V4 had and in some ways still has. Even the attempts at creating a Poser weight mapped figure have fallen short as far as adoption and use by the Poser community. Where Daz's attempts with weight mapped figures and figures that support the newer features of Daz Studio have been doing pretty well. So whereas Daz abandoned V4 to make the Genesis line there has not been a Poser figure adopted by the community at large to the extent that V4 has been. I mean Dawn, La Femme, Project Evolution, Roxie, Pauline, etc have not been as big in the community so that vendors that produce products for them have been able to match the sales from V4 products. So you had a lot of vendors dropping Poser support entirely and moving to make items for Genesis and it's characters, and those that produce for Poser still making stuff for V4 because she is still the most used and best supported figure for Poser.

V4 (Victoria 4) is a Poser character. It's very old and predates DAZ's 1st Genesis Series (the 5's). (G2=6's, G3=7's, G8=8's) https://www.daz3d.com/forums/discussion/191026/history-and-release-dates-of-all-poser-daz-figures There are a lot of features compatible with the Genesis Series and especially newer G8 models (UVs, shaders, morphs, characters, auto fitting, old model compatibility, rigging, separate object eyelashes, face transfer) https://en.wikipedia.org/wiki/DAZ_Studio V4 items dont play as nicely or sometimes at all with the DAZ Genesis models, so V4 is usually avoided. I just invested heavily into G8 so I'm hoping if there's G9 meshes they are at least a year or two more further out or come with stock upgrade functions.

Thanks Tomcat! I like the new generations of Genesis stuff but i still like V4 too (except for her prehensile monkey toes) I am just surprised that V4 as a platform in DAZ Studio is virtually non-existent as an income stream at DAZ but not so for Poser. Unfortunately I only work with DAZ Studio so I can only make V4 stuff in DAZ when the majority of the V4 market is Poser based. LOL

Nice dress :) I guess dForce for V4 is rare, because dForce was added to DAZ Studio only "recently" and many users made the jump to newer figure generations. Even G3 figure's clothes often aren't made to be used with dForce. On the other hand, many "old" clothes for V4 or Genesis are made in a way, that they will accept dForce settings being applied to them. It's just a lot try and error ;)