Has anyone tried, or know, if Poser 12 will operate on the latest Mac OS Monterey? 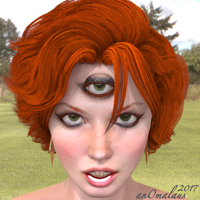 I have a new mac on the way, which I expect to ship with Monterey. I will confirm Poser 12 myself unless I can find someone else who's already upgraded.
Both my current machines are running Big Sur, but they are 2011 and 2013 legacy hardware, so need the Open Core Legacy Patcher to run that.

I have one report that Poser 12 does work in Monterey, though there are some possible issues with multiple monitors and their arrangement causing Poser crashes. That appeared to be resolved by resetting the monitor arrangement to what Poser was previously using, if I understand correctly.

Poser has for quite some time had issues with multiple monitors and following changes in their arrangement (connect/disconnect, move within viewport, etc.) when Poser windows had been saved via memory dot or UI layout on those secondary monitors. They tend to get dumped back on the main display as a failsafe catchall, which can be annoying at times.

In any case, it seems that Poser 12 is mainly compatible, with the above exceptions noted.

great, thanks for the info.