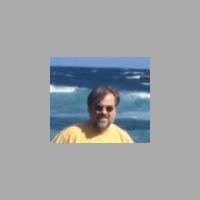 Many times the morph targets of both Poser and Daz figures have the same name in the places they are used.  For example a full body morph like "Thin" will show up under the body morph as well as in each of the body parts that the "Thin" morph affects.  When you export a character and don't bake the body morphs it only exports the last instance of the morph.  For example, if the "Thin" morph was in the body and say 10 other body parts with the last body part being "Right Thigh", the exported fbx will only have the body morph for the "Right Thigh" and none of the 9 other body parts that should have the morph targets have them.  Has anybody else seen this?  Is there a work around?  Lastly, if there is no work around, is it possible to somehow hack the fbx export to handle this (meaning I would write my own export)?

If your purpose is to export for a FBM in Poser; Export as Wavefront OBJ. Uncheck everything except 'Include Existing Groups In Polygon Groups'. Note that the figure must be in 0 pose with no transformations, just the desired morph dials. This will bake everything down. You can select only those body parts that are effected by the initial FBM and they'll load fine via Figure:Load Full Body Morph from the export.

You could also check 'As morph target, no world transformations' but it's a good habit to ensure your figure is entirely 0 except for the morph dials you want to bake down, that is unless your purpose is to create JCMs on a Posed figure. I use a python script for those operations that takes care of the weld and post transform aspects.

Note that because of the way Poser traditional skinning works the resulting exported obj will be unwelded at the body part group divisions, which would be undesirable for further morphing in a sculpting app. At present unimesh skinning is not fully supported by Poser. The workarounds for this are either python scripts or GoZ to Zbrush. There's also a method using a dummy copy of the original obj as a prop in scene and loading morphs onto that but it's rather tedious and complicated involving spawning props from constituent groups. It's been so long that I've used that method that the particulars are hazy to me now, in any case glad those days are over.

Depending on your Poser version you can forego typical exporting entirely and export as a PMD injection pose that will carry the morph delta information.

Note that if you are utilizing a dial spun character from a commercial morph set, attempting to redistribute such an injection pose will carry proprietary morph delta information and be a violation of copyright. The workaround is a MOR pose or dial spinner pose that the end user can apply if they have the same relevant commercial packages present in the target figure.

As far as FBX goes, search me... I use obj. Is there a particular reason you're using FBX for this? What version of Poser are you using?

I've left out some other particulars but it would be prudent to know the reason why you are using FBX before I comment further, there's a likelyhood that all that writing above is moot.

Also keep in mind that if your target application for this FBX export is anything other than, perhaps, DS, you'll probably have to bake down. A full body morph in Poser is a Poser specific thing involving multiple dependencies to a master dial. FBX, as far as I'm aware, isn't capable of translating these Poser dial functions in say Maya or etc. It can carry simple rig information but dial dependencies? I doubt it, without some kind of dedicated bridge.