Anthony Appleyard opened this issue on Oct 17, 2021 · 7 posts
Back to Forum Print

The method of posing a joint by rotating in x and y and z, that is used in Poser, is called Euler angles: https://en.wikipedia.org/wiki/Euler_angles . It can be proved that if at a joint the rotations are (say) p q r, then, if I add or subtract 180deg to/from all the 3 angles, and then I change the sign of the angle which is in the middle in rotation order, then the positions of the parts linked by the joint stay the same. (But the effects of joint blending will likely change.)

Can you explain what practical application this might have for a Poser user or content creator? Or is it simply an observation? 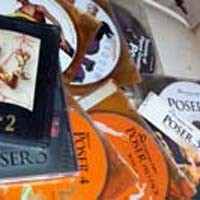 off axis rigging angles? like the front forks/wheel of a bike scoot etc?

A word is not the same with one writer as with another. One tears it from his guts. The other pulls it out of his overcoat pocket
Charles Péguy

Heat and animosity, contest and conflict, may sharpen the wits, although they rarely do;they never strengthen the understanding, clear the perspicacity, guide the judgment, or improve the heart
Walter Savage Landor

So is that TTFN or TANSTAAFL?

off axis rigging angles? like the front forks/wheel of a bike scoot etc?

Not sure. Are you?

I use the joint editor orientations for that stuff, how bout you. You did suggest a magnet for that correct?

Sometimes Poser's internal calculations on a joint's xrotate yrotate zrotate angles (e.g. in switching between IK-in and IK-off) need Poser to call inverse trig functions (arcsin etc). Inverse trig functions have multiple answers, and sometimes Poser chooses a wrong answer, and this is shown by distorted joint blending in the affected joint.  I wrote a Python script that is called on a prop or a character part, and it does this:-

That has often cured distorted joint blending in my Poser posing work.

I've seen this behavior sporadically when toggling IK. Zeroing rotations usually clears it up. Thanks for the explanation.

...I can see where that actually would be VERY useful, although it's been a while since I've encountered it I've had very meticulous poses basically ruined by what you talk about, or at least very tedious to fix joint by joint. Especially if you can use it on a select few joints...

Have you considered sharing your script work?