The video say its all. how do im fix this extremly annoying camera flipping one time for all? Im have newer could fix it. Many items bugs out due the same issue and actuelly newer 100% understanding why.

Im know this is common issue, but searching it could not fix the issue throught.

That looks more like some kind of clipping issue, as if something is momentarily occluding the camera view. That's the only time I've ever seen anything like that, and if it's a common issue I've never heard of it. Can you post a screen cap of your main camera settings? Have you tried selecting the camera and clicking restore or messing with hither/yon settings?

I'm also seeing that there are multiple cast shadows on the ground in your scene, from objects floating in the air. Are you sure the camera view isn't "colliding" with these objects?

no collisions use. Im just opened a new completly standard scene used in Poser 11. that it. no other changes mades to it. This happens on all scenes and newer understand why. its flips when its hit extractly 360 degree in one of the axis, then the camera turns 180 degree.

Main Camera and the Aux Camera does it, but not with the other cameras.

As Primorge said, it doesn't look like a flip so much as it looks like something's blocking the camera. If you make the ground prop invisible, does it still happen?

Orbiting style cameras sometimes have this behavior and there's a checkbox in the camera properties tab 'Limit Orbits to 360°' that limits that. You say it's the Main and Aux so that's not an option.  There are no camera settings posted to comment on. You say it's a default scene but judging by your video it's anything but.

Have you altered the hither settings?

Are there other objects than the construct, camera, and lights in your default scene?

Have you used the 'Launch to Preferred Scene' option in Preferences?

Have you used the Point At function with the camera?

As Primorge said, it doesn't look like a flip so much as it looks like something's blocking the camera. If you make the ground prop invisible, does it still happen?

His camera looks awfully close, but then his construct does seems smaller than normal.

You might try uploading your scene to Dropbox so we can look at it. It appears to use only items that come with Poser, so that should be okay. No one will be able to use it unless they own Poser.

I'm assuming you're talking about this here 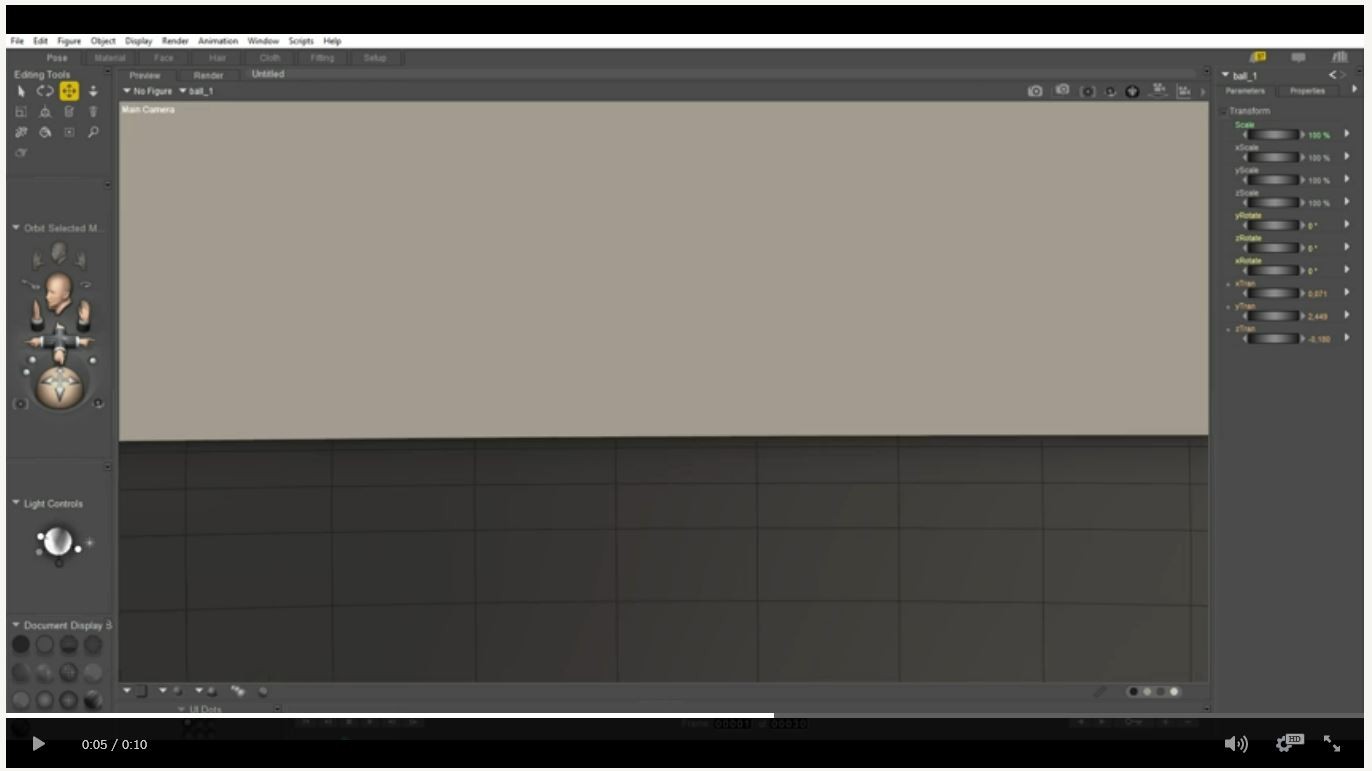 It would be helpful to show camera settings at this point. While this might be a freshly loaded scene, it is not the default scene as that contains Lafemme rather than a sphere. There may be other changes you made to the startup scene that you've forgotten about that might help us find the problem. As it is, I cannot duplicate this look by manually flipping the camera in the default scene.

It looks like the video card can't keep a smooth tracking and it's dropping frames. Easy way to tell: play a 4k youtube video at 2144p or higher at the same time while using Poser... you'll see that it does this even more often.