I have Poser 11 Pro. I wanted to try out importing BVH motion files. I downloaded a group of free Carnegie files that were supposed to be Poser-friendly. Unfortunately when the file finishes loading the figure suddenly zips off to heaven knows where. I know the figure is still there. I've even found it once or twice by moving the camera in bizarre ways, The "frame object" tool never finds the figure but occasionally finds the figure circle, which I presume means that somehow the center of the figure has been moved off to la la land . I've tried various motion files on various figures with scaling both on and off and both X and Z axis alignment. Since all the files seem to send the figures to the same place I'm hoping there's one adjustment I can turn into a script that I'd apply when I import a BVH.

Has anyone experienced and/or solved this problem? 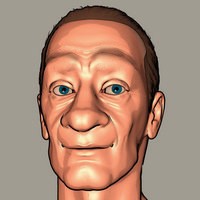 You don't want the raw Carnegie (CMU) files, you want the cleaned 2012 CMU Ecstasy Motion BVH release. This is a zip that has all the same 2,600 motion-capture files, but cleaned and targeted for Poser.

Thanks for bringing my attention to this. Very useful.

Thanks! I had no idea this collection existed. Tried some motions and they worked great. It's great that someone put in the immense effort necessary to set up these files.

I didn't know these existed, either. Our tax dollars at work! (And a lot of free labor from "MojoDallas.")

It appears at least one part is missing from the Poser versions at ShareCG. But they posted their Python script that did the conversions. The web site is 404, but the script is available via the Wayback Machine.

Here's a working link and a basic how to description...