Subject: (Mac) Poser's "Recovered Files" in Trash After Every Restart 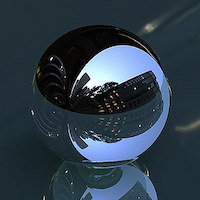 Hi everyone! Sorry if this is a silly question, but... Every time I restart my computer after using Poser, all texture files I accessed during the last period my computer was on are suddenly in the trash (in .exr format). I've had this problem for years, ever since Poser Pro 2014 came out, but I just ignored it as my original texture files were perfectly fine and untouched. However, I recently upgraded to a fully SSD computer and became aware that SSD shortens its lifespan with too many rewrites of files, so this worries me. These "recovered files" are often in the 500 MB range, and that's a nearly daily rewrite as I often shut down the computer when I sleep. I found official Apple documentation that these sort of "temp" files are frequently created by programs, but usually only result in "recovered files" if there was an error handling the temp files. I only experience this with Poser. Again, I'm using a mac. My questions are:

The lifespan of SSDs has become a talking point with the entry M1 not having a lot of RAM https://www.youtube.com/watch?v=w3AckBUFi9U

I'm not too worried myself. Not really sure what is going on there, just checked my bin, and it doesn't look like I have this issue.

That's an excellent link! Thank you. I did the math based on his numbers and if I averaged 500 MB for Poser each day it would take over 3,000 years to become an issue. LOL. Anyway, I guess it's no problem. Would still like to fix whatever Poser is doing, but ultimately it’s just a minor nuisance.

Its emptying the Poser cache.

Its emptying the Poser cache.

Yeah, must be what it's doing. I wish I could tell it to not repeatedly create/empty cache files like that, or just do it all behind the scenes. Oh well. Thanks for everybody's input!